Lab in a Suitcase

This project contributes to the democratization of science, boosting scientific research and science teaching in a more inclusive and global way.

Lab in a Suitcase is a low cost, portable and easy to maintain experimental kit that allows one to carry out educational and scientific research activities in a more independent manner.

The kit is compact and composed of equipment used to carry out cellular and molecular biology experiments, being several of these components under an open license Attribution-NonCommercial-ShareAlike CC BY-NC-SA.

The Lab in a Suitcase includes an incubator, a densitometer, a magnifying lens, a Bento Lab kit and 4 micropipettes.

This project is developed by Instituto Gulbenkian de Ciência, in partnership with Merck Family Foundation and Oeiras Municipality.

Components of the Lab in a Suitcase

The Lab in a Suitcase is a portable, ready-to-use kit used for genotyping and phenotyping experiments based on techniques such as DNA amplification and analysis, microscopy, cell culture with fine temperature control, and measurement liquid samples’ density.

The incubator was designed and manufactured by the Lab in a Suitcase team. It consists of a styrofoam box, 2 cans, high-power resistors, a temperature and humidity sensor, a low-power micro-fan, and a proportional/integral/derivative (PID) controller operated by a microcontroller. Through a small screen and an Arduino that controls the various components, it is possible to finely control the temperature and keep the set temperature constant inside the incubator. 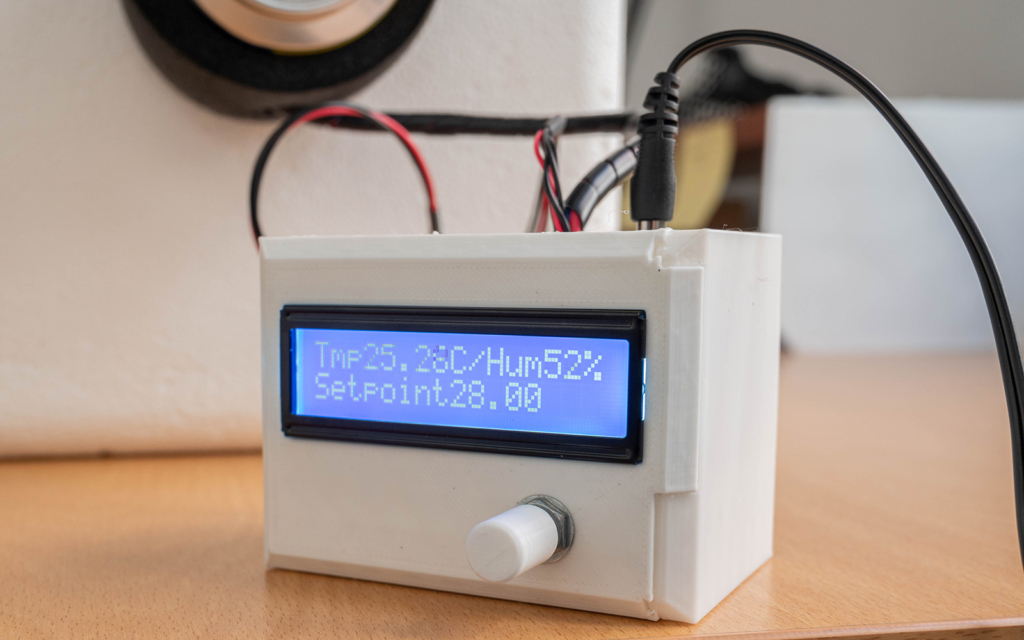 Used to measure the optical density (degree of opacity) of a liquid, the portable densitometer is another component designed and developed by the project team. The densitometer is composed of a 3D printed cuvette holder, which takes advantage of the LED of a mobile phone and its camera. The densitometer is accompanied by a mobile application that reads the optical density of liquid samples without requiring internet connection. The current holder fits a Xiaomi Redmi 9AT phone and the technical drawings can be adapted for the holder to be used with other mobile phone brands with different camera and LED configurations. 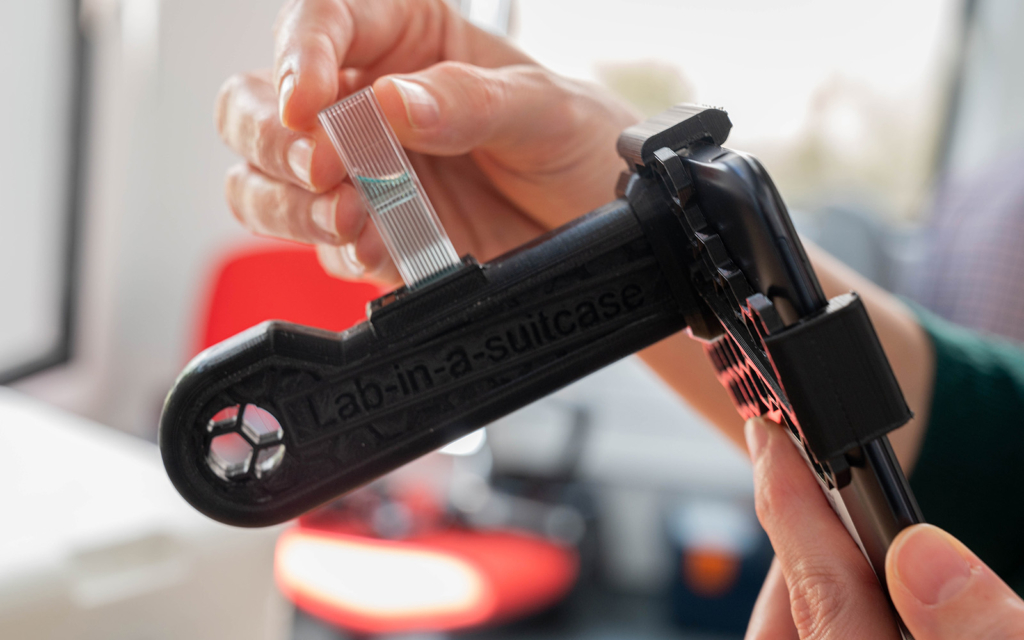 A portable lens with two lighting options (white light and blue light) that can be attached to a mobile phone camera. the magnifying lens enables the acquisition of images with a 60x magnification or more. The magnifying lens can be used to capture images of cells and tissues, small animals and plants.

Portable and ready to use, the Bento Lab from Bento Bioworks combines a centrifuge, a thermocycler and an agarose gel electrophoresis system with built-in transilluminator, allowing DNA samples to be genotyped.

Detailed information with technical information and instuctions on how to implement the kit available in Portuguese.

This work is licensed under a Creative Commons Attribution-NonCommercial-ShareAlike 4.0 International License.