Group of researchers, from six countries, including Lounès Chkhi from IGC, identified a new population of mouse lemurs (Microcebus) that inhabit the Madagascar forests.

The research investigation was published in two scientific articles, in Systematic Biology and in the American Journal of Primatology, and studied the smallest nocturnal primates. The work highlights the consequences of deforestation and habitat removal, accelerating extinction of species yet to be described.

Madagascar is a biodiversity hotspot. In the last 20 years, new lemur species have been discovered while forested habitats have been quickly disappearing. Recent reports by the IUCN (International Union for the Conservation of Nature) have identified the lemurs as one of the most threatened groups of vertebrates, with 33 of the 107 recognized species being critically endangered. 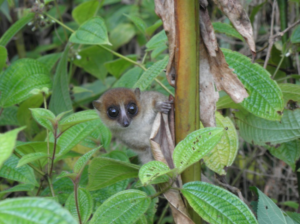 In the last decades, the number of mouse lemurs has grown from two to more than 20 species today. Many of the new species discovered have been described on the basis of few genetic markers and some scientists have criticized the “species inflation” questioning the existence of nearly half of current species but without questioning the extinction risks.

Lounès Chikhi, a researcher involved in the study, says the new species now identified is called the Jonah mouse lemur (Microcebus jonahi) in honor of the primatologist and conservation biologist Malagasy Prof. Jonah Ratsimbazafy, and is one of the smallest primate species in the world, with a total length from nose to tail of about 26 centimeters and bodyweight of about 60 grams. They are very discreet animals that inhabit a small region in the tropical forests of the lowlands of northeastern Madagascar.