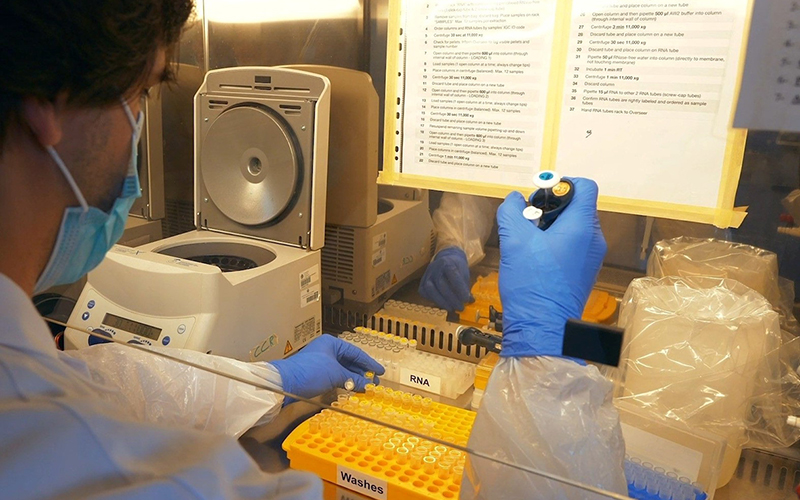 A multidisciplinary group of scientists suggests a concerted strategy to implement a serological study based on two strands: a national one (with growing scale, intensity and granularity) and a local/sectoral one, implemented in three stages possibly with the involvement of municipalities and local/regional health entities. The proposal suggests a close coordination between public entities and other partners, ensuring that the results will stand Portugal in good stead in the country’s response to the pandemic.

Given the high rate of asymptomatic cases of this disease, testing for antibodies against SARS-CoV-2 is essential in order to know the real impact of the disease, thus several authorities have been undertaking partial studies on fractions of the population. In this context, the group of specialists gathered to design a thorough roadmap, accessible to all public and private institutions that wish to implement it.

Once the parameters needed to perform a national study are defined, the group of experts recommends the collaboration with other piecemeal studies of equal value, to be promoted by municipalities or civil society organizations. In this way, promoting an harmonious articulation between several thorough studies, which will complement the national line of work.

The national study and its implementation “are a key instrument in order for Portugal to stand out as an example of rigor in the adoption of epidemiological surveillance measures focused in protecting the population, setting an example for other countries. To have top scientists in Portugal is remarkable and highly rewarding, and also a great opportunity to use their knowledge and availability”, states Carlos Penha-Gonçalves, concluding that “the science-based strategy is finished and ready to be implemented by public and/or private entities”.

Hosted by Instituto Gulbenkian de Ciência (IGC), in collaboration with Instituto Nacional de Estatística (INE), the roadmap was designed by the following experts:

Check the latest news in the press about this initiative here.