With the goal of increasing the dialogue between scientists, citizens and decision-makers, participants are asked to reflect and discuss topics at the intersection of science and society. 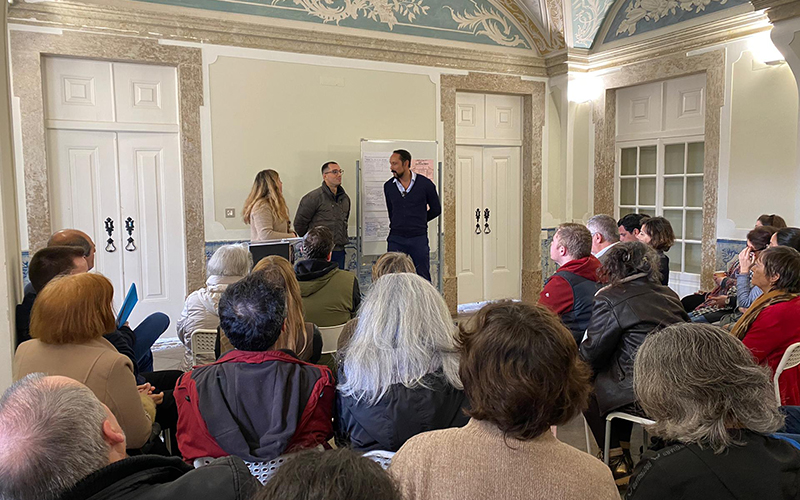 The open science movement is growing all over the world, promoting transparency and open access to scientific knowledge. This openness of science to society also invites active public participation in science, in order to establish a more robust and effective dialogue between society and scientific institutions. Hence, the Instituto Gulbenkian de Ciência (IGC), the Instituto de Tecnologia Química e Biológica da Universidade Nova de Lisboa (ITQB NOVA) and the Oeiras City Council (MO) allied themselves in order to foster a more active citizenship that has science as its starting point.

IGC, ITQB NOVA and MO will periodically hold Citizen Assemblies, within the scope of the “Science and Technology – 2020 to 2025” program established by the Municipality of Oeiras. In these assemblies, a selected group of citizens representing the Oeiras population will discuss relevant topics in the interface of science and society, and propose actions that can be implemented in the municipality with the aim of solving the problem under discussion. These Assemblies will be preceded by an “Ideas Contest”, launched to the entire population. The proposals discussed at the Citizen Assemblies will be presented to the MO and the scientific partner institutions, which commit themselves to evaluate them and  whenever possible help in their implementation. The first deliberative Citizen Assemblies of Oeiras will help us design more efficient strategies to bring science and society together in the search for knowledge.

The date and theme of the next Citizen Assembly will be released soon.