The Buildings and the Garden

The complex of buildings that houses the Foundation’s headquarters, the Gulbenkian Museum and the Art Library is set in a garden covering an area of 7.5 hectares. At one end of this garden is the CAM building which is currently undergoing an extension designed by the architect Kengo Kuma.

The modernist complex of buildings that includes the Foundation’s headquarters, the Gulbenkian Museum and the surrounding garden was awarded the 1975 Valmor Prize and was considered a National Monument in 2010, becoming the first contemporary work to be part of the Portuguese national heritage.

Designed by a trio of Portuguese architects – Ruy d’Athouguia, Alberto Pessoa and Pedro Cid – the Foundation’s Head Office is part of a modernist complex inaugurated in 1969, composed of horizontal buildings, with sober materials – where concrete and glass predominate – with roofs designed as landscaped platforms that blend into the garden.

Conceived as a monumental cultural centre, its interiors, meant for various uses, allow a fluid movement of the public between auditoriums and exhibition halls, establishing a perfect dialogue with the surrounding green space.

The Foundation’s Head Office is the dominant volume that stands out for its laminar and modular appearance. The materials, rigorously selected, emphasise the sobriety of the work. The outside is made from three materials only: concrete, stone and bronze glass; inside, wood, stone and carpeting stand out, as well as the works commissioned from Portuguese artists, including José de Almada Negreiros, Jorge Barradas, João Abel Manta, Artur Rosa, Manuela Jorge and Vítor Fortes.

Located at the centre of the complex, shielded from the surrounding noise and facing the lake, the Grand Auditorium hosts the annual Gulbenkian Music season as well as major conferences with prestigious international figures such as Mikhail Gorbachev, Muhammad Yunus or Joseph Stiglitz.

The Panel “Começar”, commissioned by the Calouste Gulbenkian Foundation for the entrance to the Head Office Building, was created by José Almada Negreiros. The artist’s choice was to engrave on limestone a synthesis of his self-taught studies on numbers and geometry, which he had passionately pursued since the early 1940s.

A landmark in Portuguese museum architecture, the Museum building pays tribute to the memory of Calouste Gulbenkian, taking the fusion between work of art, architecture and landscape to the limit. Built around two interior gardens, it allows a constant dialogue between Nature and Art.

The exhibition galleries establish two independent circuits with a chronological and geographical logic. The first is dedicated to Oriental and Classical Art and takes you through the galleries of Egyptian, Greco-Roman, Mesopotamian, Islamic Orient, Armenian and Far Eastern Art. The second route is dedicated to European Art, from the 11th century to the mid-20th century, with sections devoted to Sculpture, Painting, Book Art and Decorative Arts, the latter with special emphasis on 18th century French art.

In 1983, the building that houses CAM’s collection was inaugurated in the southern part of the garden. It was designed by the British architect Leslie Martin in collaboration with José Sommer Ribeiro.

The inauguration of the building led to the creation of a more solid collection that currently comprises the most complete collection of modern Portuguese art and an important nucleus of 20th century British art.

An international contest launched by the Foundation in 2019, and won by the architect Kengo Kuma, made it possible to extend the Modern Collection Building and expand the Gulbenkian Garden.

Built in the late 1960s, based on a project by landscape architects António Viana Barreto and Gonçalo Ribeiro Telles, the Gulbenkian Garden is one of the most emblematic gardens of the Portuguese modern movement, with a use of vegetation which breaks with the practices of that time and celebrates the Portuguese landscape.

Walking amongst the trees and plants, attending an open-air concert or simply resting by the lake, or observing the birds that surround it, are some of the possibilities offered by the Gulbenkian Garden, which surrounds all of the Foundation’s buildings.

In February 1960, three teams of invited architects, assisted by Leslie Martin and Franco Albini, submitted their proposals for the Calouste Gulbenkian Foundation’s Head Office and the Museum. 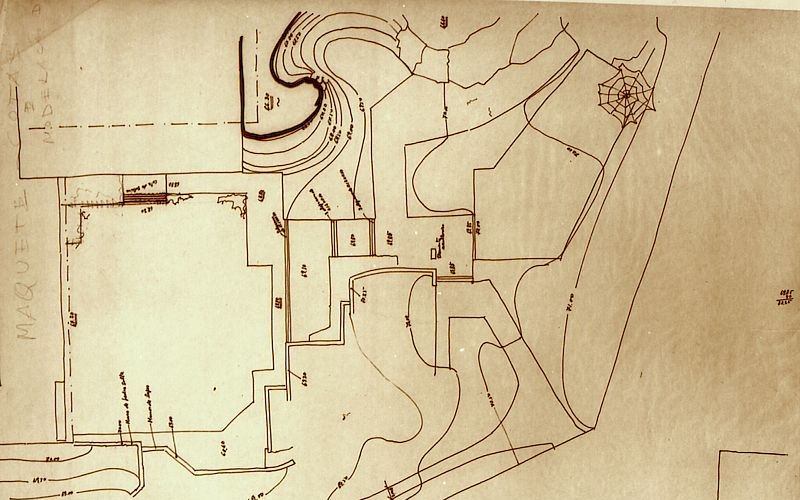 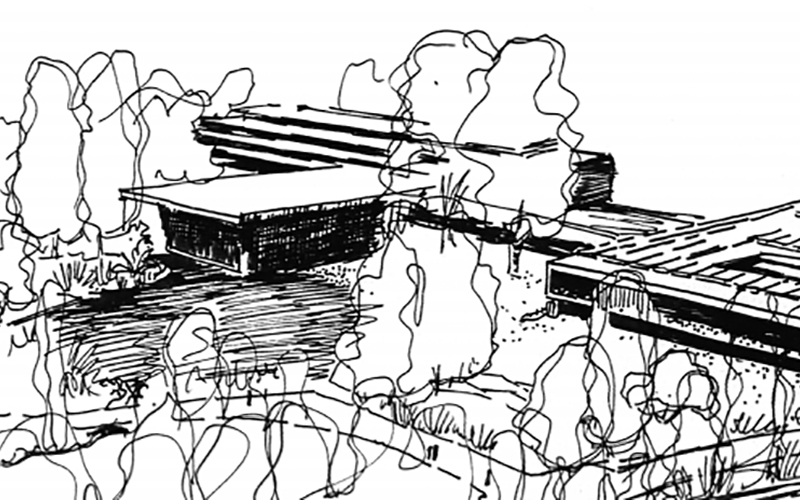 From the call to tender to the preliminary draft 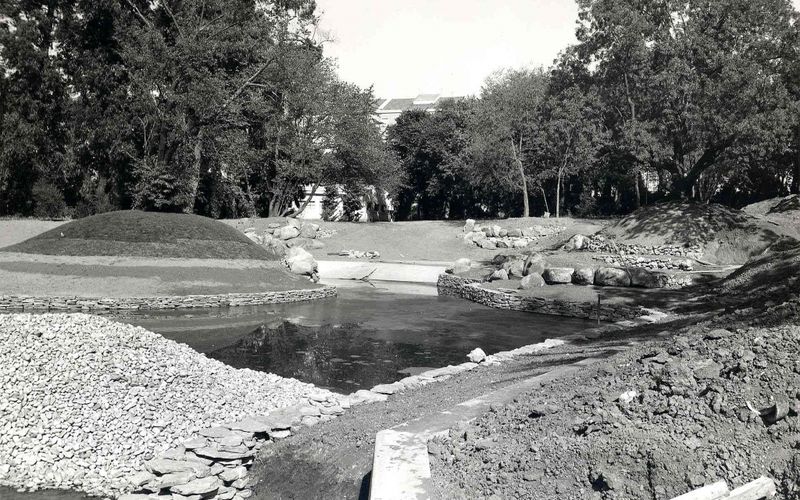 From the design to the execution of the works