The Award for Civic Arts Organisations

The Award for Civic Arts Organisations celebrates arts organisations across the UK that are rethinking relationships with the communities they serve and using the transformational power of art for individual and societal change.

The Award for Civic Arts Organisations is an initiative launched by the Calouste Gulbenkian Foundation (UK Branch) in partnership with King’s College London to celebrate arts organisations committed to putting civic and community engagement at the heart of their work during and beyond challenging times. In highlighting a few organisations, whose practice our selection panel believes to be exceptional, the Award seeks to incentivise the wider sector to make the fulfilment of a civic role a common key priority. Funds of £150,000 are available, one of the largest amounts for an award in the arts sector, with one prize of £100,000 and two of £25,000.

Originally created as part of a suite of initiatives supported by the Foundation in response to the COVID-19 pandemic, the Award focuses on strengthening the arts and cultural sector to respond to community needs, prioritise relevance, and become more inclusive and impactful. Following a long-standing history of support for the arts and of promoting the civic role of arts organisations, the Foundation is committed to helping create the conditions in which every arts organisation receiving regular public subsidy can acknowledge its civic role in ways that are meaningful to the context in which they operate and to the communities each serves.

Meet the recipients and shortlist of the 2022 Award

The second edition sought to shine a spotlight on how arts organisations are emerging from a period which has affected every individual and community, disrupted business models, and accelerated many existing trends in the art world as in society. Selected by a distinguished independent panel, chaired by Baroness Deborah Bull, the Award recipients were announced on 23 March 2022. The Art House was the main recipient, receiving £100,000; while In Place of War and Project Art Works each received £25,000.

The recipients were chosen from over 200 high-quality applications from all across the UK for their outstanding capacity to adapt to the pandemic and for how they have all deepened their commitment to their communities over the past two years. They were announced in a virtual event that celebrated the work of the ten shortlisted organisations.

This accompanying case studies publication shares the inspiring stories of the shortlist, and describes the wider movement of civic arts organisations in the UK. 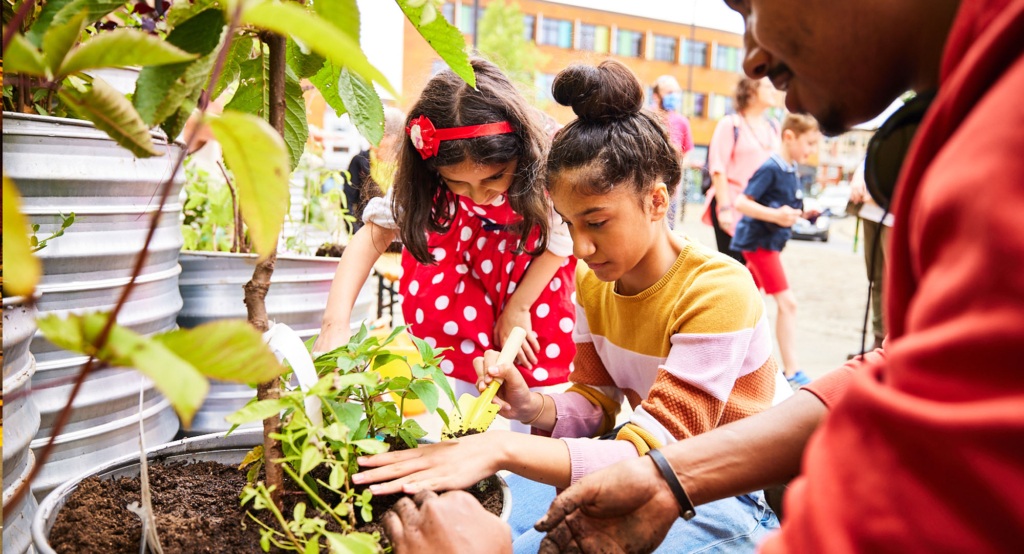 Based in Wakefield, The Art House receives the main Award for its agility in responding to the needs of its local community and putting co-creation at the centre of its work in Wakefield, has created the first studio sanctuary for asylum seekers in the UK. Its Makey Wakey programme has provided free interim spaces to artists and creative businesses. This has contributed to bringing down the barriers between their creative programme and their community work. Art House continue to look after artists and community groups through grants, activity packs and wider social programmes. 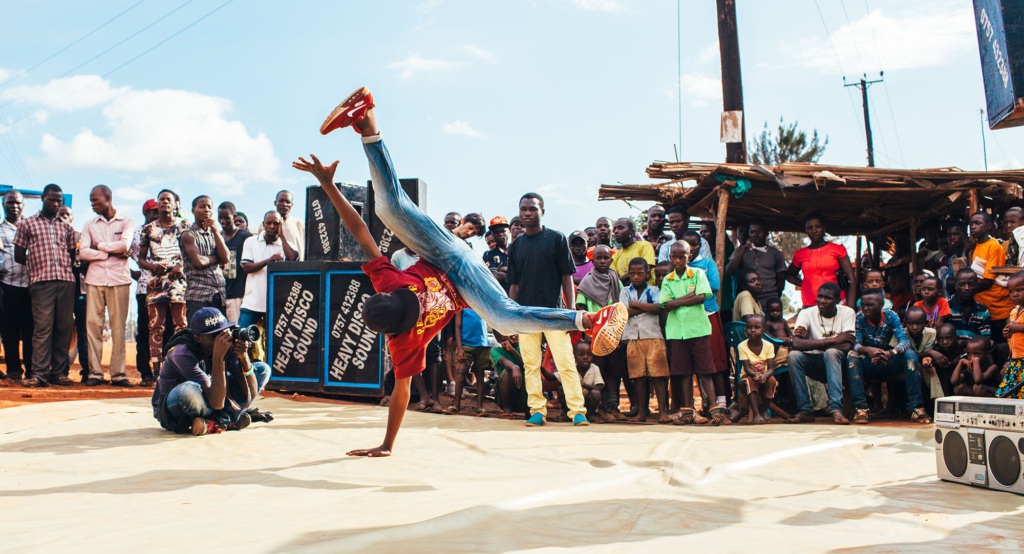 In Place of War

Based in Salford, In Place of War brings its experience of working in the Global South to the UK in addressing the issues of asylum and conflict. The organisation enables change-makers to work in conflict zones across the world, inspiring hope and developing skills and creativity. During the pandemic, it worked with 12 grassroots community organisations in the UK to find 100 Agents of Change. The project involved refugees, asylum seekers, people living in poverty and LGBTQI+ communities and resulted in 100 young people connecting with artists and activists to share experiences and knowledge. 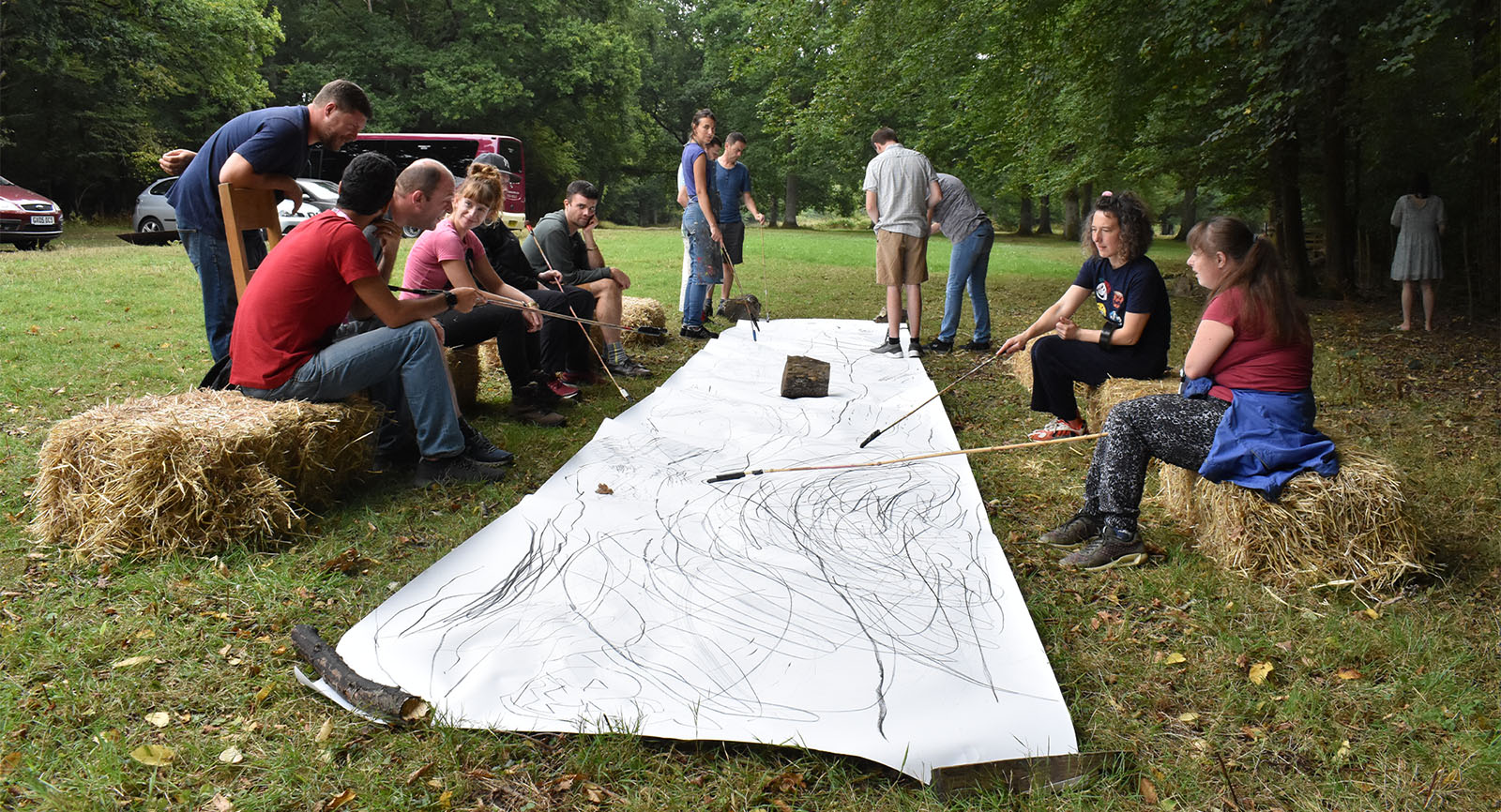 Based in Hastings, Project Art Works champions diversity and provides a platform for people and issues that are often insufficiently recognised. Throughout the pandemic, this collective of neurodivergent artists and activists reimagined how it wanted to engage with its community and how best to help those with complex support needs. The organisation created a digital platform for their communities to participate in creative work from their homes, using tools such as letters, video conferencing and the exchanging of objects to maintain the important connection they had with the organisation.

Case studies publication About the shortlist
Updated on 13 september 2022