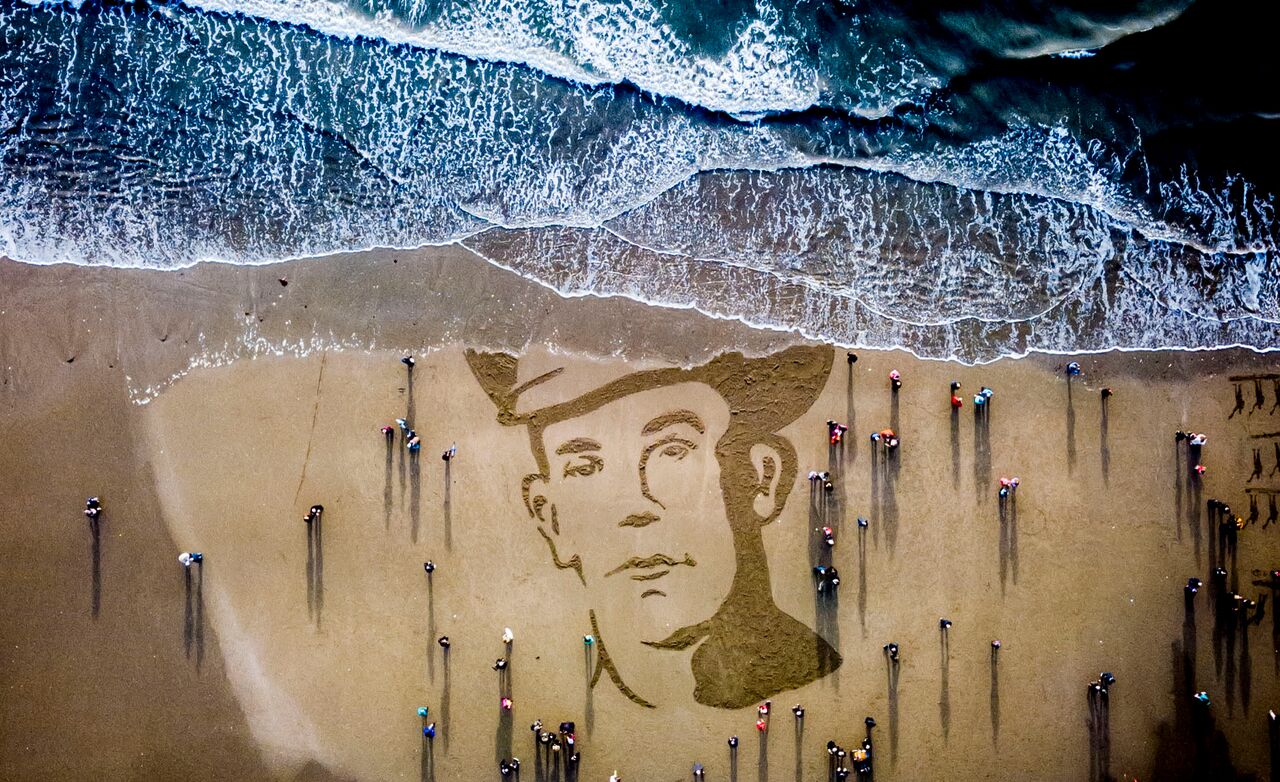 The relationship between the public and arts organisations is changing. Institutions receiving public investment need to articulate more clearly the value they bring, including to their local communities.

Some arts organisations are leading the way, acting as platforms for unheard voices and places where people can come together in uncertain times. Others are interested but feel that they do not have the resources to embrace new audiences whilst maintaining current relationships.

We aim to connect all those who believe the arts are central to society and want their arts organisation to play a ‘civic role’. Our ambition is to build a movement of change-makers, with impact in their local communities, across the UK and internationally.

Over the past four years, the Civic Role of Arts Organisations has cast a spotlight on arts organisations that are re-invigorating their civic role in imaginative and inspiring ways. This includes our case study bank, profiling best practice from 80 arts organisations from around the world.

The work on the Civic Role was influenced by the Foundation’s Participatory Performing Arts programme (2014-18) which sought to widen participation in the performing arts. It became clear that a more holistic and democratic approach was needed across the arts sector, which shifted the emphasis from participation to co-creation.

In 2021, we launched the Award for Civic Arts Organisations, in academic partnership with King’s College, London. This initiative rewards arts organisations committed to putting civic and community engagement at the heart of their work and seeks to influence others to shift their strategies in this direction.

Based on our research, we identified the characteristics of and operating principles shared by arts organisations that have a strong civic role. These include: being rooted in local needs; developing community agency; being open and reflective; and championing diversity. Access the full list here.

A significant difficulty we encountered during the Inquiry was around language and terminology. We found metaphor a helpful way to understand the civic role that arts organisations play. Our list encompasses arts organisation as: colleges (places of learning), town halls (places of debate), parks (public space open to everyone), temples (places which give meaning and provide solace), and home (a place of safety and belonging).

Through research and consultation with the sector, we identified five levers which could help lead to a movement of change-makers collaborating with their local communities: 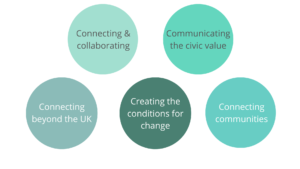 We are using these levers as a foundation for systemic change as we transition from our Inquiry phase into a programme of work. This second phase is focused on supporting an international movement of organisations advocating and demonstrating a stronger civic role in the arts.

Some of the projects we support

A New Direction – Arts in Schools