Forty years ago the Calouste Gulbenkian Foundation UK Branch published The Arts in Schools: Principles, practice and provision. This seminal report was hugely influential with Local Authorities, which then managed the country’s schools; it paved the way for the arts to be included in England’s first National Curriculum in 1988; and inspired many professional arts organisations to engage with the education sector for the first time.

Forty years later we do not have the sustained and equitable practice and provision that The Arts in Schools envisioned. There is a growing body of international evidence asserting the value of the arts in shaping and equipping children and young people, and a range of other metrics, but this awareness has not been absorbed within our education policy and systems. 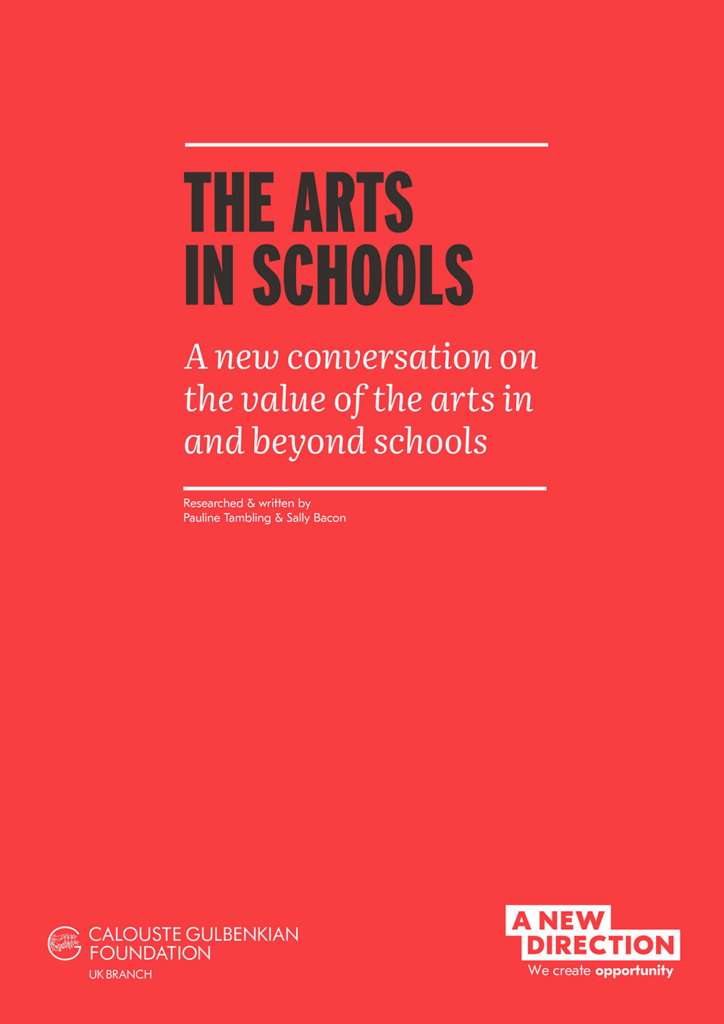 This think piece sets the context for a consultation to consider how the conversation on arts education has developed over the years, and how a new set of recommendations could be relevant. Though we cannot anticipate the final report’s recommendations at this stage, we know that they will be grounded in the needs of young people and the value of the arts in providing them with foundational skills for life and skills for work – just as they were in 1982. We also know that they are likely to highlight the importance of a collective response, across policy and delivery, and across multiple stakeholders, including policy makers, funders and arts organisations.

As part of the consultation process for the project, the public and colleagues from the arts and education sectors were invited to share their thoughts and opinions directly, which will feed into the final report.

Over summer 2022, the project brought together, in a series of roundtables, education and arts leaders from across the past four decades together with young people to review, interrogate, and debate where we go from here. The roundtables delved into the wide-ranging themes of the original report – including the purpose of education and the arts, diversity and inclusion, and provision beyond schools – and the discussions will inform the writing of the final report. A series of blogposts reflecting on the roundtable discussions is being published over the next few months.