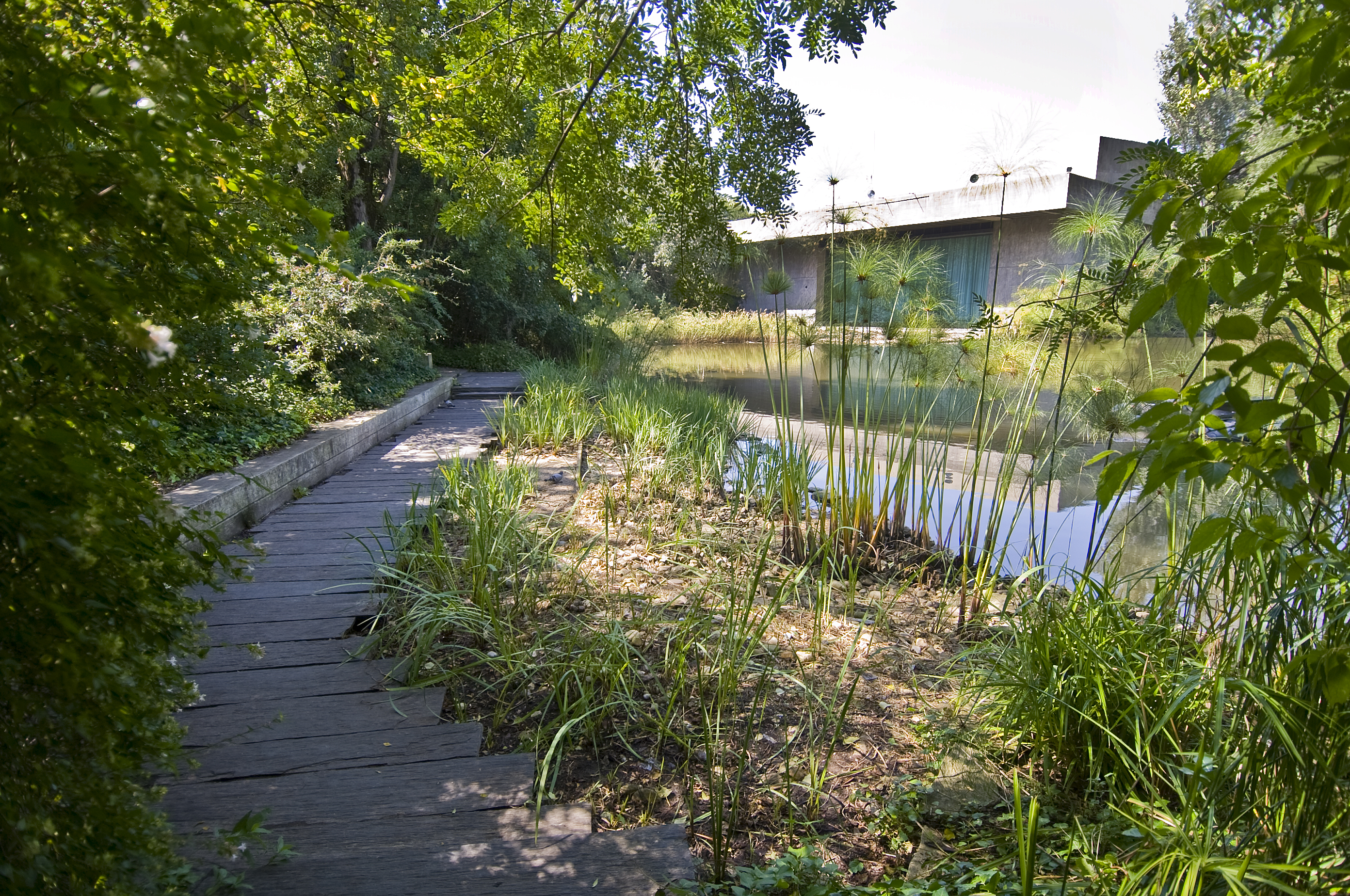 Strolling among the trees and plants, enjoying an open-air concert or simply relaxing by the lake, watching the birds on the water’s edge, are just some of the possibilities in the Gulbenkian Garden which surrounds all the Foundation buildings.

At one of the entrances, visitors can learn about the Garden’s history in the Interpretation Centre named after Gonçalo Ribeiro Telles, the architect who was involved in its creation, at the end of the 1960s, as well as the renovation that started in 2002.
The Centre also includes a cafe / ice cream parlour, which is open until sunset.