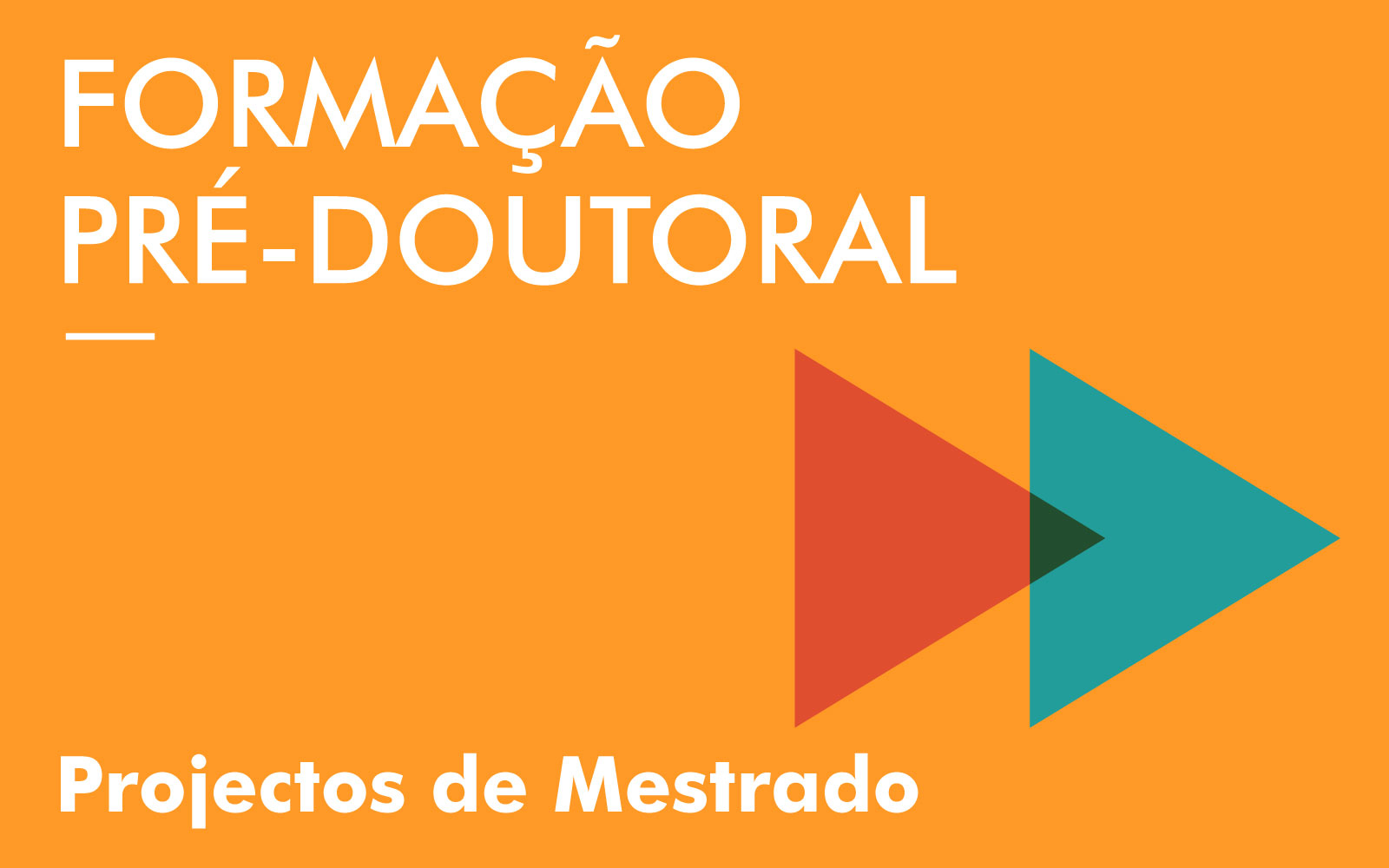 Abstract: Centrioles are subcellular structures essential for the formation of cilia and centrosomes, structures existent in the majority of our cells. Misregulation of the biogenesis of these structures is associated with human disorders such as retinal degeneration, infertility, cystic kidney disease and cancer. The molecular mechanisms regulating centriole biogenesis have only recently started to be unravelled, opening new ways to answer a wide range of questions that have fascinated biologists. A hypothesis-driven siRNA screen previously performed by our lab identified a set of new genes involved in centriole biogenesis. This project aims at the validation of some of the identified candidates. Using different techniques as siRNA mediated gene-knockout in mammalian cells, fluorescence microscopy, Super-resolution microscopy, Expansion microscopy, Western Blot analysis and Drosophila melanogaster genetics, we want to understand the mechanisms of centriole biogenesis regulation as well as its conservation along different species of the eukaryotic kingdom.

Title: Ecology and Evolution in the Gut Microbiome

Abstract: The mammalian gut is home to thousands of species and its diversity is a biomarker of health. In this project we use mice as a model system to understand how dynamic is the gut microbiome and how newly colonisers of the gut evolve. We are interested to discover conditions, such microbe-microbe competition and/or diet supplementation capable of lowering the ability of antibiotic resistant bacteria to persist in the gut. (See Cardoso, Durao, Amicone and Gordo 2020, Nature Ecology & Evolution).

Abstract: Sister chromatid cohesion is essential for faithful mitosis, as premature cohesion loss leads to random chromosome segregation and aneuploidy, resulting in abnormal development. To identify specific conditions capable of restoring defects associated with cohesion loss, we screened for genes whose depletion modulates Drosophila wing development when sister chromatid cohesion is impaired (a first report on the results of this screen can be found here ). This project aims to validate other hits arising from this screen with regard to their ability to modulate defects associated with sister chromatid loss.

Title: Protein complexes by the numbers

Abstract: Proteins are the fundamental building blocks of cells. Yet, in order to carry out their function, proteins self assemble into higher order structures referred to as protein complexes. One fundamental difficulty in studying protein complexes is their large diversity. Some complexes, such as microtubules, are polymeric. Others, such as RNA polymerases, grow to well defined size and composition. Some, such as the proteasome, are highly symmetric; whereas others, such as the ribosome, exhibit no symmetries. Similar diversity exists in their kinetics, energetics, composition, etc. In this project we will quantify the above properties of protein complexes by analyzing publicly available databases, curating literature, and doing back of the envelope estimates. Our goal is to come up with a map of the ensemble of protein complexes, and populate it with few representative examples.

Abstract: Immunity evolved in multicellular organisms to limit the fitness costs imposed by the continuous interactions with microbes. Innate and adaptive components of the immune system emerged early through evolution, to sense and target pathogenic microorganisms for containment, destruction or expulsion. Resistance to infection refers to these cardinal features of immunity.

Plants and animals share yet another evolutionary conserved defense strategy that does not exert a direct negative impact on microorganisms, referred as disease tolerance. Our body of work has contributed to uncover some of the core mechanisms establishing disease tolerance to systemic infections in mammals. These were found to act at a cellular and organismal level to limit the extent of metabolic dysfunction and damage, caused by pathogenic microorganisms and immune-driven resistance mechanisms.

The overarching objective of our research program is to identify and characterize stress and damage responses driving metabolic adaptation and underlying the establishment of disease tolerance to viral, bacterial or protozoan infections. The central hypothesis is that reprograming of organismal metabolism in response to infection relies on a functional interplay between immune-driven resistance mechanisms and stress and damage responses operating in parenchymal tissues. Pathogenic microorganisms sense and react to this host metabolic response, modulating virulence and transmissibility, an emerging area of research we are actively pursuing. Unveiling general principles governing disease tolerance, as proposed herein, should be transformative towards our understanding of host-microbe interactions, with a major impact on the development of therapeutic approaches against everlasting human infectious diseases of global proportions.

Title: Chasing the genetic bases of resistance and tolerance in Drosophila melanogaster

Abstract: Genomic data have become increasingly available for many taxa including endangered species. In addition, the computational methods used to reconstruct the recent evolutionary history of species from genomic data have become increasingly sophisticated. However, despite the increasing amount of data, most studies focus on one species making it difficult to determine whether the history reconstructed informs us only on that particular species or provides a general information on past changes in habitat or on the influence of human populations on endangered species. Comparative studies are crucially needed but difficult to carry out. In our group we are studying how models of population structure influence the inference of the demographic history of species. In this project the student will analyse in close collaboration with the supervisors the properties of genomic data from species living in the same habitats. We will compare the results of computer simulations and real data from endangered species from the same or neighbouring regions for which genomic data are available. We are thus looking for a candidate who would like to explore with us the properties of past changes in connectivity on genomic data from co-distributed endangered species. The candidate will perform coalescent simulations under varying scenarios (using scripts that have been already developed in the team, she/he will also be able to develop her/his own depending on her/his interests). Simulations will be compared to real data sets from endangered species. More specific details of the project will be discussed with the candidates, as this is an ongoing project.

Title: Testing the confounding impact of sampling schemes and spatial structure on signals of population size change and admixture

Abstract: A major interest in population genetics is to reconstruct the demographic history of species using genetic data. Yet, although species evolve in space and time, a large amount of research largely oversees the importance of space. Consequently, several methods used to reconstruct that history assume that population structure, including spatial structure, can be neglected. In other words individuals are analysed as if they were sampled from large populations (often representing continents) wherein individuals reproduce freely without considering spatial distances. By ignoring spatial structure (i.e. the heterogeneous geographic distribution of allele frequencies across a species distribution), these methods can produce results that are interpreted in terms of population size change, admixture or selection when spatial structure might be a contributing factor. Our team is interested in the use of alternative models of species demography that integrate population structure. Previous research suggests that spatial structure can generate signatures that are interpreted as admixture by several commonly used tests or statistics such as the ABBA-BABA test. Still several studies have identified admixture events in lemurs or humans on the basis of this test. In this project the student will carry out spatial simulations in close collaboration with the two supervisors to study the properties of this and other statistics in models with and without admixture. We are thus looking for a candidate who would like to explore with us the properties of spatial processes with applications in endangered species or in the human species. The candidate will perform coalescent simulations under varying scenarios (using scripts that have been already developed in the team, she/he will also be able to develop her/his own depending on her/his interests). Simulations will be compared to real data sets from endangered species or from humans. More specific details of the project will be discussed with the candidates, as this is an ongoing project.

Abstract: The diversity of species in nature has long fascinated biologists. Decades of studies on competition have shown how so many species can coexist despite often competing for similar resources. The evolutionary consequences of competition are however little explored. Competition can lead to metabolic adaptations that facilitate coexistence and that increase the efficiency with which a community uses resources. Since greater efficiency means that less resources are available for an invading species, communities of competitors that have coevolved for longer periods of time should be less susceptible to invasion. However, empirical tests are lacking. This project will leverage the diversity of phytoplankton to study how competitor diversity and coevolution time affect invasion risk. We will combine experimental evolution of phytoplankton communities with measurements of resource uptake and expenditure to quantify changes in efficiency over time. We will then test the structural (species composition) and functional (resource use) stability of these coevolved communities to invading species. Given the increasing frequency of disturbances and changes in biodiversity across ecosystems worldwide, experimental tests such as this are critical to identify which communities are more stable and less susceptible to invasions.