This presentation will be live broacasted on Facebook and on this page on the day of the session.

What do the Portuguese think about work? And the Dutch about family? What do the French defend in relation to religion? These and many other questions are answered by the European Values Study (EVS), one of the oldest studies of attitudes and values carried out in Europe, which allows us to understand the beliefs, preferences, attitudes, values, and opinions of citizens across Europe.

A unique project in terms of monitoring and mapping values in Europe, the EVS gathers a very rich amount of information in the most diverse areas (politics, life in society, issues related to the perception of well-being and happiness, morality, migratory movements, the role of the Welfare State, social networks, climate change, among others) and allows us to draw a profile for each country; to find out what brings us closer and what distances us from citizens of other European countries; and to identify and compare trends in stability or change in the last three decades in Portugal and in other European countries. It is therefore a study that can interest a very wide audience, ranging from academia to policy makers, including teachers, students from different levels of education, journalists and the general public.

34 countries participated in the fifth edition of the European Values Study, now presented. In Portugal, it was coordinated by researchers from the Institute of Social Sciences of the University of Lisbon, Pedro Magalhães and Alice Ramos, and had the financial support of the Calouste Gulbenkian Foundation, the “la Caixa” Foundation and the Foundation for Science and Technology.

Crisis of Confidence: How Europeans see their place in the world

Prepared by the European Council on Foreign Relations

Raquel Vaz-Pinto, Member of the Scientific Commitee of the Gulbenkian Future Forum

Moderated by Miguel Poiares Maduro, President of the Scientific Committee of the Gulbenkian Future Forum

Alexandre Homem Cristo, Researcher and Education Policy Specialist
Edalina Sanches, Member of the Scientific Committee of the Gulbenkian Future Forum
Margarida Gaspar de Matos, Full Professor at the Faculty of Human Movement of the University of Lisbon
Rui Tavares, Associate Researcher at the Center for International Studies of the ISCTE/IUL 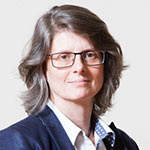 Alice Ramos, PhD in Sociology, is a researcher at the Institute of Social Sciences, University of Lisbon. Her research interests have been focused on two main lines of research: a) the impact of the articulation between individual factors (values and attitudes) and social structures in the development of discriminatory attitudes, especially vis-à-vis immigrants and refugees, in a multilevel perspective ; b) trans-national and longitudinal methodologies. She has recently started a research line dedicated to the study of the formation of values and discriminatory attitudes in childhood and adolescence.

She is, since January 2018, National Coordinator of the European Social Survey-ERIC and the European Values Study.

Together with Jorge Vala and Cicero Pereira, she founded the Summer School of Advanced Methods in Data Analysis at ICS-ULisboa in 2009 and is currently Coordinator of ICS’s Summer/Winter Schools. 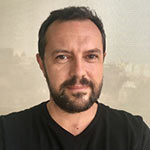 Pedro Magalhães is Research Fellow at the Institute of Social Sciences of the University of Lisbon. His research interests include public opinion, political attitudes, electoral behaviour and judicial politics. He obtained his Ph.D in Political Science at The Ohio State University in 2003. 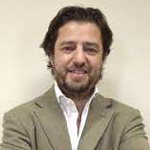 Miguel Poiares Maduro is president of the Scientific Committee of the Gulbenkian Future Forum.

Alexandre Homem Cristo holds a Masters in Comparative Politics from the Institute of Social Sciences of the University of Lisbon. He managed international projects financed by the European Commission, namely in the area of Education, in partnership with the Directorate-General for Education. He founded and chairs QiPP — Smart Public Policy, which contributes with evidence-based approaches to social challenges. A columnist for the Observer, he regularly publishes essays analyzing public education policies. He is part of the SEDES Advisory Board.

He was an advisor to the National Council of Education and served as a parliamentary advisor in the framework of the Parliamentary Committee on Education, Science and Culture. He has several publications in the area of public education policies, including the study Schools for the 21st Century (FFMS, 2013) and thematic chapters in collective works - such as Applied Ethics: Education (Edições 70, 2018) and Basic Law of the Educational System. Balance and Prospective, Vol. 2 (CNE, 2017). 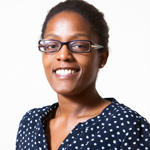 Edalina Sanches is a member of the Scientific Committee of the Gulbenkian Future Forum and assistant professor at ISCTE – Lisbon University Institute. She has previously held teaching and/or research positions at the Institute of Social Sciences at the University of Lisbon and the University of Minho. Her research focuses on democracy, popular protest, political behavior and political institutions, with a focus on Africa. She recently won a FCT grant to conduct research on how politicians represent local interests in Ghana and South Africa. 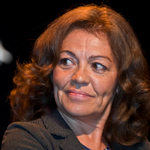 Clinical and Health Psychologist. Full Professor at the Faculty of Human Movement, University of Lisbon (with Professorship in International Health). Coordinator of G2 Group – Supportive Environments at the Research Center of the Institute of Environmental Health, Faculty of Medicine of University of Lisbon. Member of the Board of Prevention and Intervention of EFPA (European Federation of Psychologists’ Associations) representing the Order of Portuguese Psychologists, and member of the Steering Committee of EUPHA / CAPH (European Public Health Association / Child and Adolescent Public Health). Scientific Board of EMCDDA (European Monitoring Center of Drug and Drug Abuse). Coordinates the Government Task Force for Behaviour Sciences for Pandemics. Member of the Task Force for preparing the return to schools after the lockdown. Author and co-author of more than 400 scientific publications. Expert evaluator for several institutions and organisms national and international. Extensive experience coordinating national and international research projects in the area of health/wellbeing, and supervising Ph.D. research works. 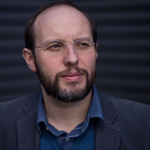 Rui Tavares is a writer, historian and essayist. He has published several mostly non-fiction books on historical or political topics, including The Little Book of the Great Earthquake (2005), The Irony of the European Project (2012) and Left and Right: Historical Guide for the Century XXI (2015). He is a former Member of the European Parliament, where he was rapporteur for refugee and fundamental rights issues; PhD in History from École des Hautes Études en Sciences Sociales in Paris, associate researcher at the Center for International Studies of ISCTE/IUL and integrated member of the Institute of Philosophy of the Nova University of Lisbon.