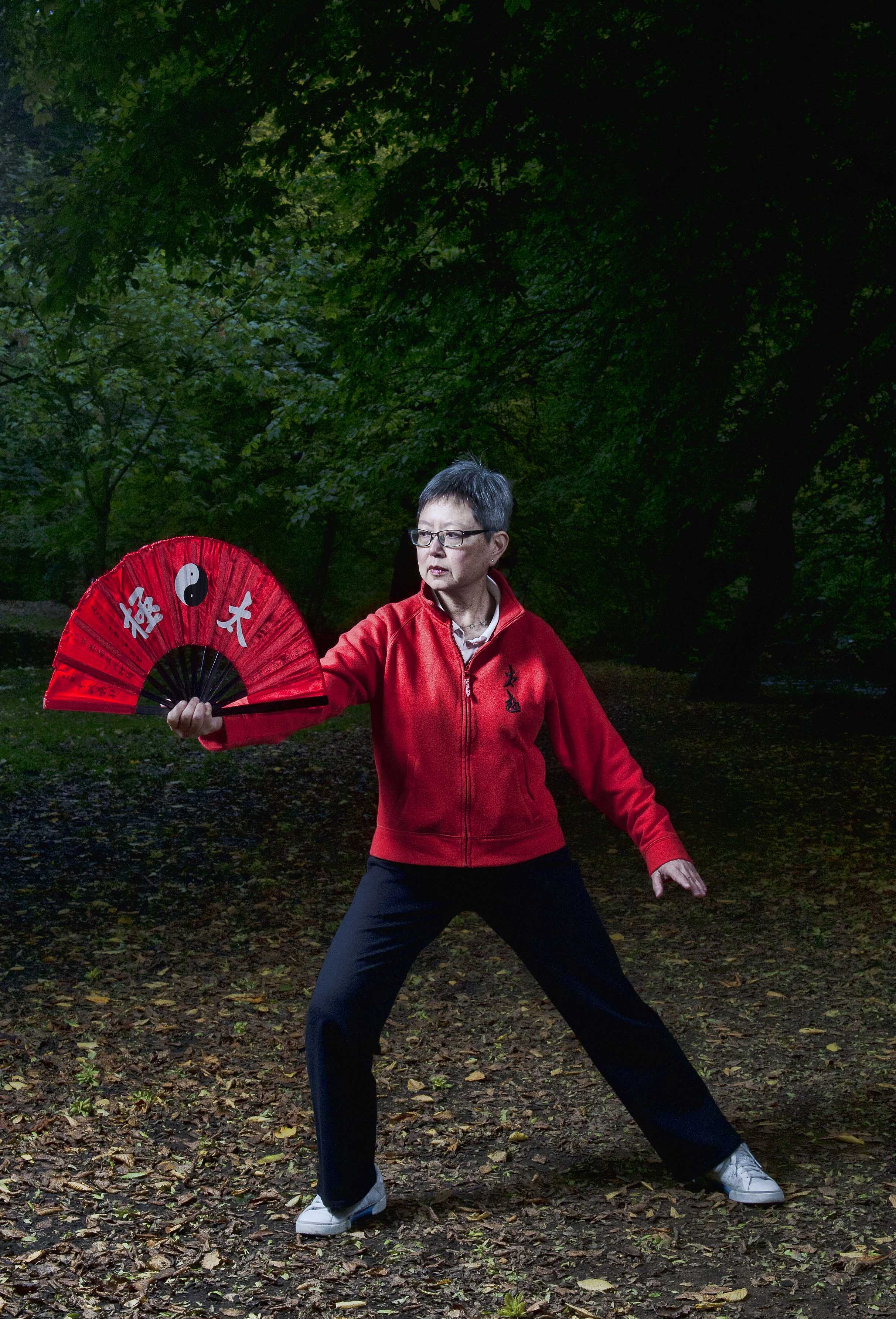 Transitions in Later Life (2014-19) was the first funding programme of its kind in the UK to concentrate on improving how people are supported ahead of retirement in more holistic and therapeutic ways. Our long-term aim has been reduced loneliness in later life, with people in mid-life becoming happier, more resilient and better supported to respond positively to change.

Our work on later life transitions grew out of the Foundation’s earlier work on increasing social connections and social support in later life. This includes helping to found The Campaign to End Loneliness, which has increased awareness of loneliness and its impact on health.

In 2014, we began to think about loneliness in terms of prevention rather than cure. Our work on loneliness had revealed that chronically lonely older people have often suffered setbacks or life changes that they have found overwhelming, such as retirement, bereavement, or becoming a carer. While people in mid-life are often encouraged to plan financially for their later years, there’s little resource or knowledge on how to plan emotionally and psychologically for this time. Challenging life transitions can lead to loneliness and isolation which impacts on mental and physical health.

We decided to investigate ways of supporting people to manage these difficult life events. Initial scoping research indicated that support to help older people deal with difficult transitions tends to be disjointed, patchy and is often only arranged in a crisis.

Our ambition with the Transitions programme was to ‘future-proof’ chronic health and social issues in later life. Our scoping and consultation phase showed a real need to shift from firefighting to prevention, with a holistic, person-centred approach to this issue. One that starts before the problem begins to occur and which builds people’s resilience and therefore their ability to cope with difficult transitions.

When we were planning the programme, research indicated that resilience is strongly related to an optimistic outlook on life, and that there are modern therapeutic approaches which essentially ‘teach’ it.

We supported organisations to test interventions that use tools such as Mindfulness training, Cognitive Behavioural Therapy and Positive Psychology at the stage in life just before retirement. With these, we endeavoured to build the evidence base surrounding what works in managing what is potentially a destabilising and distressing transition.

We shared our learning and insights through publications and a learning community of practitioners. Collaborating with those pioneering in this field, and with the Centre for Ageing Better as our research and evaluation partner, we have worked with employers, health bodies and policy-makers. Together, our aim has been to create best practice in well-planned and successful retirements, which will greatly minimise the loneliness and isolation suffered by older people.

Who have we worked with?

The Centre for Ageing Better was a supporting partner on the Transitions in Later Life programme. Together, we tested the effectiveness of well-known therapeutic approaches, such as mindfulness and cognitive behavioural therapy, with people preparing for retirement, as well as developing and testing new methods of support to help improve wellbeing and resilience for the population as they age. Using learning from evidence and evaluation, we worked to influence employers and other service deliverers to bring to scale the ideas that work, in order to reach more people managing changes in later life.

We will continue to support the Centre for Ageing Better to disseminate and cement the learning from the Transitions programme and ensure its impact continues to be felt.

Other partners we have worked with

These partners applied to be part of our learning community through our Open Fund.

The Centre for Policy on Ageing explored partnerships which view transitions as part of its strategic mission to delivering experiential courses to mid-life peers based on real-life storytelling and coaching to develop emotional resilience and self direction. The course culminates in a celebration of new ideas for making the most of the 50+ years and a methodology for identifying opportunities for this locally.

A locally based mental health charity delivering a range of interventions to alleviate some of the key risk factors for poor mental health. Manchester Mind delivers six week interventions based on positive psychology and CBT to equip participants with specific skills that are proven to improve people’s mental wellbeing and develop resilience.

The Beth Johnson Foundation is a development organisation based in North Staffordshire that seeks to test new approaches for improving the quality of life for people as they age. It is training volunteer peer coaches in Cognitive Behavioural Therapy (CBT) and mindfulness techniques which they will use themselves and also cascade out to the wider population of older people.

An Irish national organisation which inspires and empowers people to live healthy and fulfilling lives, with a goal of turning the period from age 50 onwards into one of the most satisfying times of life. Age & Opportunity are developing and testing a new programme (including materials and a range of delivery methodologies) that will build resilience in people aged 50+ to enable them to navigate later life transitions.

To improve the mental and emotional wellbeing and resilience of their staff, CWP runs a practical and thought provoking two-day, person-led workshop aimed at NHS support staff aged between 50 and 75. The workshop will provide tools and techniques to increase wellbeing, identify positive emotion, maintain positive relationships, and develop meaning and a sense of accomplishment.

Positive Ageing and Resilience Training (PART) is a programme from Guy Robertson of Positive Ageing Associates with Miriam Akhtar of Positive Psychology Training. The eight-module course focuses on the emotional and psychological aspects of ageing with the intended outcome of enabling older people to increase their resilience to the challenges of later life.

A national voluntary sector provider of adult education in workplaces and communities across Scotland.Its project incorporates mindfulness and creative approaches, including reflective and expressive writing and nature connection to enhance health and wellbeing. This work is being delivered through Employer Wellbeing Awareness Raising sessions, participant taster sessions, wellbeing courses and the formation of participant groups.

Tavistock Relationships supports and improves the quality of couples’relationships by building resilience and strengthening the ability of the couple to act as a protective resource. Its project aimed to develop a replicable pilot model for a preventative relationship ‘MOT’ check-up for 50+ couples, involving face-to-face sessions and a video addressing relevant issues.

Citizens Advice initially ran a Design Pioneer Programme to design five new services aimed at improving the finances,social inclusion and wellbeing of people approaching or living in retirement. We  also worked with Citizens Advice on an in-depth research project that seeks to understand what barriers people face when planning for later life, in advance of the state pension age.

We supported the development of the Retirement Transition Initiative, a programme that seeks to equip people with the information, networks and opportunities to enter retirement with confidence. During 2015 we supported six pilots of the weekend programme in three locations attended by a total of 180 people. As well as an additional one-day pilot delivered in Southampton targeted specifically at people on low income. We then supported the Retirement Transition Initiative to move from pilot towards a sustainable social enterprise, Envisage, which is ready to scale.

We were a development partner for Social Finance’s Reconnections Social Impact Bond, which is a service set up in 2015 aiming to make loneliness less severe for 3000 older people in Worchestershire. This is the country’s first Social Impact Bond to deal with loneliness, presenting an important opportunity to establish best practice in social isolation.

The Age Of No Retirement seeks to give retirement new meaning and inspire thousands of people to rethink their futures and aspire to greater fulfilment and purpose in life. In October 2014 we supported an inaugural two-day event in London, featuring a series of debates to generate new insights and ideas, exploring the hidden value inherent within a society in which people are living longer, healthier and more productively than ever before. Following the success of this first event, The Age Of No Retirement hosted an event in Manchester in April 2015, with more than 200 participants and converted the ideas into innovative and implementable prototypes that could produce real and measurable social impact. 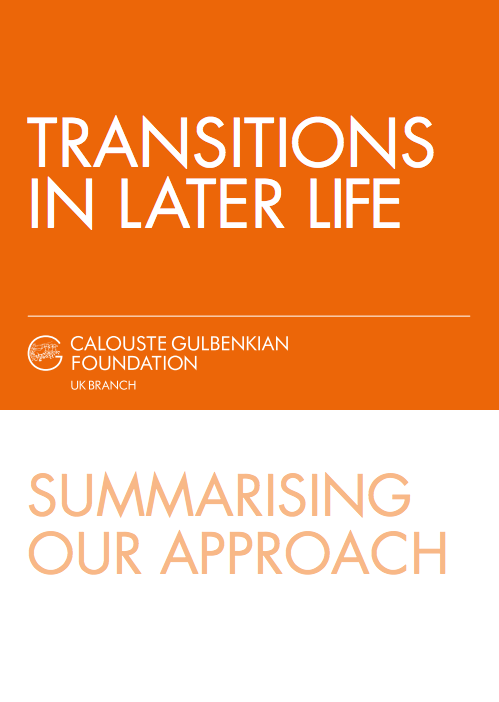