Though vertebrates display a remarkable diversity of body shapes and sizes they all develop according to the same basic principle: they progressively make head, trunk and tail structures resulting from the activity of a group of cells collectively known as axial progenitors.

The first level of patterning information loaded into these progenitors results in the global definition of the different body areas, meaning whether they will produce cell derivatives generating structures corresponding to the head, trunk or tail regions.

A second level of patterning information then controls the specific type of tissues produced by the progenitors within each of these global regions, eventually building a functional organism. Although body formation is a continuous process, development of head, trunk and tail regions is under the control of distinct gene networks.

Essentially, variations in the balance between these networks are the major responsible to produce the wide variety of body patterns observed across the vertebrate phylogeny.

The work in this group intends to understand the regulatory networks controlling each of these body areas and the mechanisms regulating the transitions from head to trunk and from trunk to tail developmental modes.

They use the mouse as the main model organism, combining transgenic and genome edition approaches with genome-wide analyses and advanced imaging techniques. Recently, they have also incorporated to the research other animal models, including snakes and lizards, as they might provide important clues to understand how the vertebrate body evolved to produce such a large variety of body architectures.

The control of vertebrate axial progenitors

The vertebrate body is made progressively from head to tail by sequential addition of new tissue at the caudal embryonic end.

This results from the activity of various progenitors with stem cell-like properties that can be classified in different groups according to the tissues they generate. 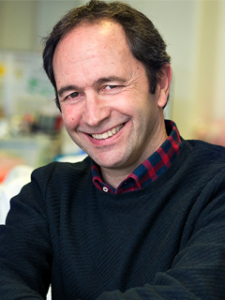