Host-microorganisms interactions research group is studying the interaction of the model organism Drosophila melanogaster with different microorganisms, in particular intracellular ones. D. melanogaster has been successfully used as a model system to study innate immunity against many pathogens.

Recently it has been shown that there are innate immunity pathways against viruses conserved between insects and mammals. The research group is investigating mechanisms of resistance to viruses in the fruit fly.

Interestingly, they have found that the intracellular bacteria Wolbachia confer resistance to RNA viruses in D. melanogaster. They want to understand the molecular basis of this induced resistance.

Finally, they are interested in the interplay between Drosophila and Wolbachia itself. These endosymbionts are one of the most widespread intracellular bacteria in the world but little is known, at the molecular level, on how the hosts control Wolbachia or Wolbachia manipulate the hosts.

The social structure of populations and the impact on genetic diversity

Alekos Athanasiadis (1963-2020), promoting science and empowering scientists at the IGC 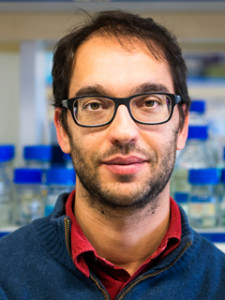