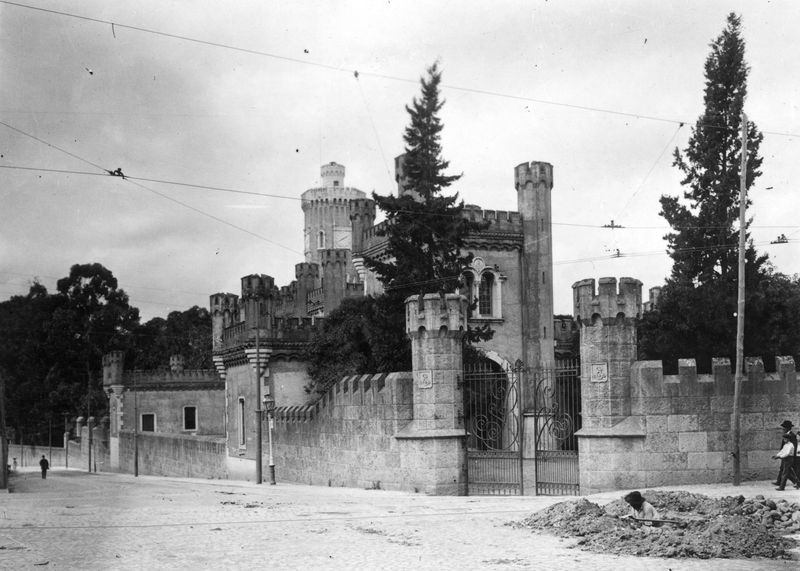 In 1868, construction began on the stables of the Palace of S. Sebastião, residence of the Countess of Vilalva, designed by Cinnati. This would be renamed Quinta do Provedor from January 8, 1870. The change of name leads us to believe that the construction of Santa Gertrudes Park was completed on this date.

This change, however, led to a deeper transformation: the recreational space – the vernacular ideal of the hobby farm which the Larre family had run since 1766 on86,000 m2 of land – gave way to new French ideas, in this case under the tutelage of José Maria Eugénio de Almeida and at the hands of Jacob Weiss.

Over a period of four years (1866-1870), more pragmatic designs were introduced, dominated by the rectilinear geometry that characterized the Quinta do Provedor, the scenic and predominantly pictorial space required by the social milieu and aesthetic beliefs of the new owner. Cinatti, a scenographer-architect and designer of the stables that stand at the top of the property, and Jacob Weiss, a Swiss gardener who was trained at the French school of garden design, were responsible for José Maria Eugénio de Almeida’s landscaping ideas.

This new approach to landscape design, initiated by Weiss for the private gardens has a close example in a drawing of 1864 by the architect António Correia, whose idea for the Quinta do Provedor was still closely linked to the ideas of Classicism. In fact, it is almost a compromise between the design of a hobby farm with its classicist recreational garden (the legend that accompanies the design reads “French garden”) located at the southern entrance, surrounded by a set of buildings that reveal evidence of agricultural practices (stables, cattle sheds, outhouses and servants’ quarters), and the new forms of garden design proposed by the English school of landscape design.