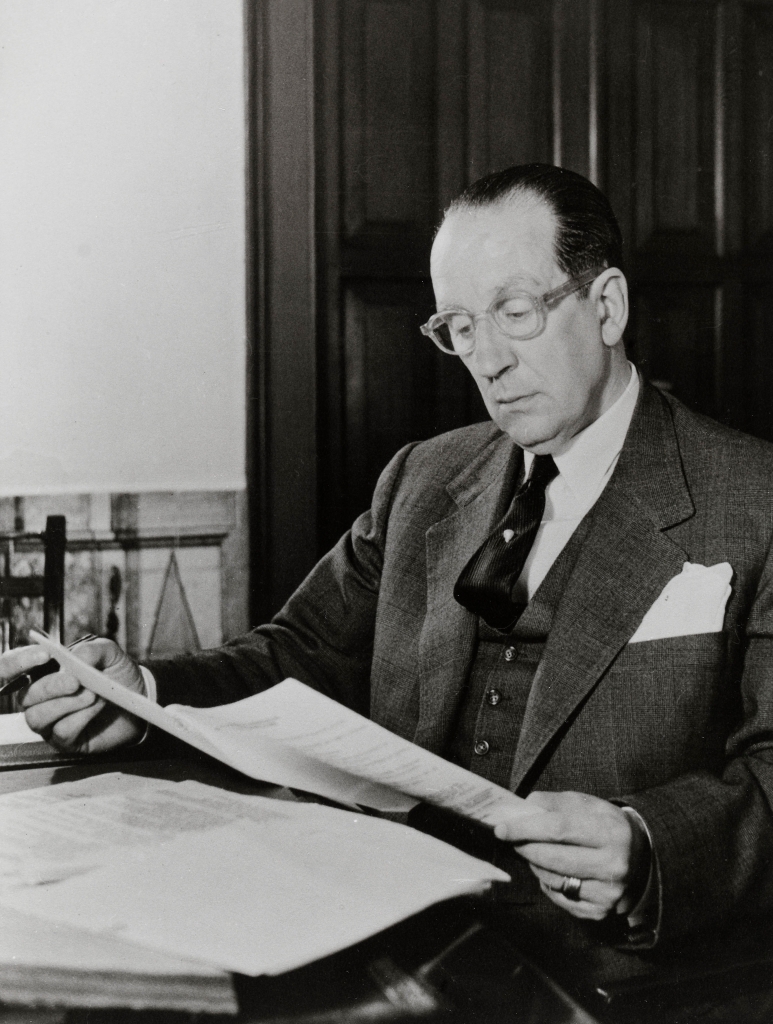 José de Azeredo Perdigão studied law (Faculty of Social Studies and Law, Lisbon) with state examination at the University of Coimbra in 1919. His law firm based in Lisbon provided legal services to some of the most important industrial and commercial enterprises in the country.

Together with Aquilino Ribeiro, Faria de Vasconcelos, Raul Brandão, Câmara Reis, Ferreira de Macedo and Raul Proença, he formed the first Managing Body for the Seara Nova magazine (1921-1923), in which he published diverse studies and commentaries on economic and financial issues. In 1926 he was appointed Land Registrar in Lisbon, a position he held until 1954.

As a lawyer, he published diverse doctrinal and critical works on law. In addition to his professional activity he held numerous communications and conferences – some on legal matters, others on matters of general culture. He was a member of the Board of several companies and enterprises (Banco Nacional Ultramarino; Banco de Portugal; Banco Fonsecas, Santos & Viana and Sacor).

In 1942 he became Calouste Sarkis Gulbenkian’s lawyer, for the rest of the latter’s sojourn in Lisbon (1942-1955). The millionaire and benefactor included him in the team of his will executors and trustees, entrusting him with fulfilment of his will in the form of the creation of the Foundation.

With a view to finally exhibiting all the Gulbenkian collection works of art to the public, Azeredo Perdigão was the enlightened person responsible for inviting the engineer Luís de Guimarães Lobato to put together a team for the construction of a building worthy of receiving the museum, which would also be part of the Head Offices complex.

He was Chairman of the Foundation from the moment of its legal incorporation in 1956 until his death, performing formidable work in the Foundation’s four main areas of activity (the arts, charity, science and education).

He has received numerous decorations and honours, having been given a Doctor Honoris Causa title by the University of Coimbra and other prestigious Portuguese and foreign universities.