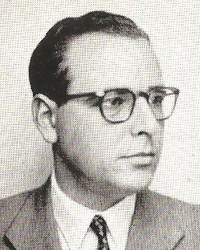 He graduated in Forestry and Landscape Architecture in 1952 from the Instituto Superior de Agronomia, Lisbon. In 1953, he joined the technical staff of the Urbanization Services Headquarters (1st landscape architect to enter state service) where, until 1978, he held the offices of Head of Division of Studies and Planning of the General Direction of Urban Planning (1973-1978); Head of Landscape Planning Service of the Division of Planning Studies (1978); Director of Services of Physical Planning Studies of the General Direction of Urban Planning – Ministry of Housing and Public Works (1979-1981), and General Director of Planning of the Ministry of Quality of Life (1981-87). In parallel with this career in the public service, he undertook private work until 2012 and between 1983 and 2012, was managing partner of the company Projetos de Espaços Verdes, Lda. He was a guest professor in the areas of Landscape Planning and Territorial Planning at the Technical University of Lisbon (CESUR 1979-1980), at the University of Évora (DPBP 1982-1984) and at the Instituto Superior de Agronomia (1984-1988).

Together with Ilídio Alves de Araújo, he developed the landscape project of the University of Lisbon (1955) and with Álvaro Dentinho planned the National Library, the terraces of the Ritz Hotel (1956) and the SACOR neighbourhood (1959).

From 1959 to 1969, together with Gonçalo Ribeiro Telles, he designed the garden of the Calouste de Gulbenkian Foundation heaving been invited to participate in the competition for the headquarters and museum of the Calouste de Gulbenkian Foundation by the winning team of the tender, composed of the architects Ruy Jervis Athouguia, Pedro Cid and Alberto Pessoa.

In 2012, he was given the “Personality of Landscape Architecture” award.