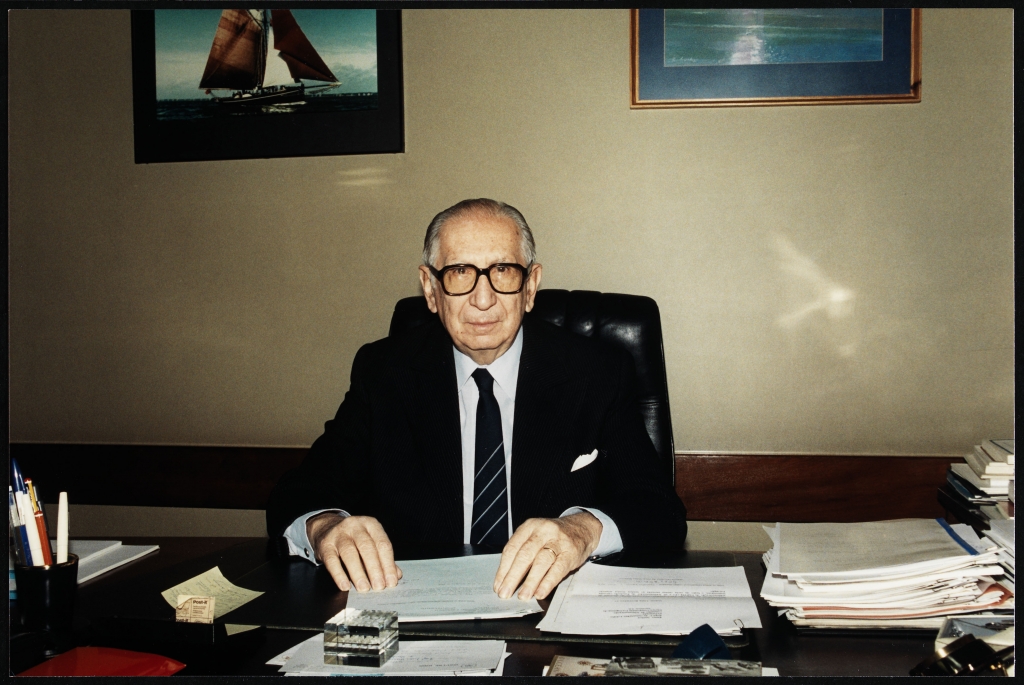 A civil engineer (IST, Lisbon, 1938) and chair professor (IST, 1963), Guimarães Lobato joined the technical staff of Lisbon City Council in 1938 at the invitation of Duarte Pacheco. His functions included designing and directing the construction of urban development works (channelling of the Alcântara stream, construction of the Alvalade neighbourhood, the Portela airport, schools, markets, roads into Lisbon, etc.).

He worked on and directed diverse studies, namely on the restructuring of the Lisbon urban transport system (1942-1946), the Zêzere Hydroelectric Power Station, the construction of the Castelo de Bode Dam (1946 to 1948), the Lisbon Underground and the Urbanisation Study Office (1948-1958), and the Terrestrial Transport Studies and Planning Office of the Ministry of Communications (1961-1971). He was Deputy Mayor of Lisbon from 1958 to 1959.

Offered the position of technical consultant at the Calouste Gulbenkian Foundation by José de Azeredo Perdigão and later that of Director of the Projects and Works Service (1956-1969), he directed the study, programming and construction of the Foundation’s Head Offices and Museum complex and the José de Azeredo Perdigão Modern Art Centre (1983). He was a Member of the Board at the Calouste Gulbenkian Foundation (1969-1998), with responsibility for the Central, Museum and Human Resources Services.

He was an honorary member of the Royal Institute of British Architects and has an Honoris Causa Doctorate from the Universidade Católica Portuguesa.