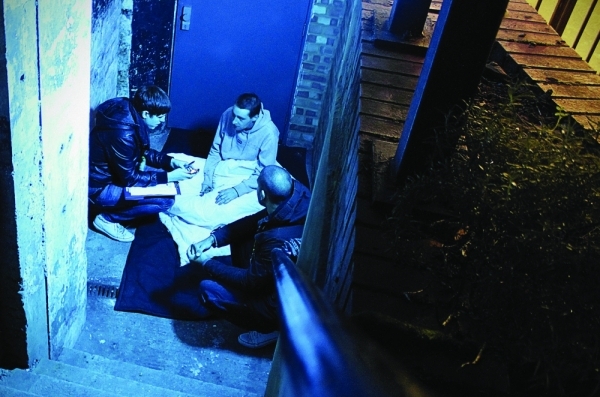 Making Every Adult Matter (MEAM) is a coalition of four national charities – Clinks, DrugScope, Homeless Link and Mind – which was supported under the Foundation’s Fulfilling Potential programme, which aims to influence policy and services for adults facing multiple needs and exclusions.

MEAM grew from a series of discussions – initiated and supported by the Foundation’s UK Director, Andrew Barnett – between charity Chief Executives from across a range of sectors. These discussions confirmed that tackling multiple needs and exclusions would benefit from a joint approach and that Clinks, DrugScope, Homeless Link and Mind could form an effective coalition due to their membership networks and relationships with government.

The Foundation’s support has gone far beyond simply providing the funding for MEAM, crucial though that is. As Oliver Hilbery, MEAM’s Project Director, says:

Gulbenkian staff are a really important additional resource for MEAM, helping us to determine the strategic direction of the work and contributing to bi-monthly meetings of the Chief Executive group. As well as providing funding and office space, the Foundation gives us access to additional social policy expertise and an impressive network of influential contacts, and is always willing to consider new ideas or project developments. In return, MEAM actively acknowledges the support and input of the Foundation, leveraging our collective brands and making connections to the Foundation’s wider work – for example, by linking in the strengths and experiences of our frontline member agencies.

MEAM is an example of a good partnership where shared commitments and understandings, mutual respect, and open and honest communication from the outset has led to effective decision-making.

In early 2017 MEAM received significant investment from the Big Lottery Fund, enabling it to scale up its work into more localities in England.