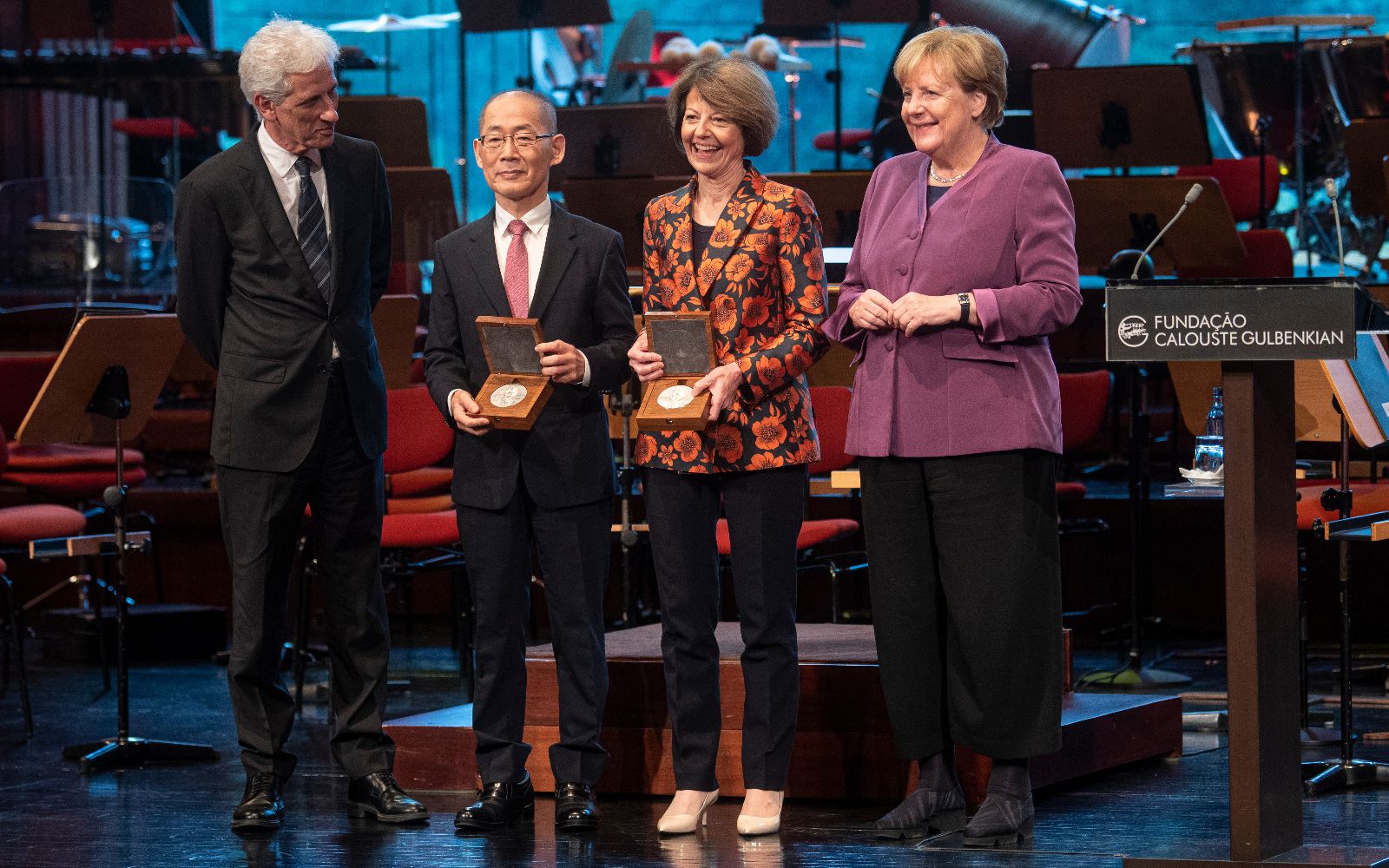 The Intergovernmental Science-Policy Platform on Biodiversity and Ecosystem Services (IPBES) is an independent, intergovernmental body set up in 2012 with the objective of improving the interface between scientific knowledge and political decision-makers on questions around biodiversity, the protection of ecosystems, human wellbeing, and sustainability.

The Intergovernmental Panel on Climate Change (IPCC), the Nobel Peace Prize winner in 2007 (in conjunction with Al Gore) is the United Nations organism that has, since 1988, fostered the production of scientific knowledge within the scope of evaluating the climate impacts of human actions and supporting governments as regards their decision-making and the implementation of measures able to combat climate change. The IPCC has played a crucial role in accompanying the commitments made under the Paris Agreement on climate changes through the regular publication of reports and the results of voluntary work undertaken by thousands of scientists all around the world.

These two entities – IPBES and IPCC – were selected out of 116 nominations from 41 nationalities spanning five continents.

In its appreciation, the Jury highlighted how this Prize recognises “the role of science on the front line of tackling climate change and the loss of biodiversity.” “Evidence based science”, the Jury considered, “has been fundamental not only to advancing many of the political and public actions but also the need to attribute the ‘nature of urgency’ to the ways in which the political agenda approaches the question of combatting the climate crisis”.

IPBES and the IPCC have “stood out in highlighting the relationship between science, climate, biodiversity and society, representing the best that is done in this field all around the world” and, the Jury continued, “recognising these two organisations serves to emphasise the need to look at the climate crisis and biodiversity in conjunction, with concerted approaches making recourse to nature-based solutions.”

“The decision to award the 2022 Gulbenkian Prize for Humanity to both IPBES and the IPCC is a powerful statement confirming that the global loss of species, destruction of ecosystems and degradation of nature’s contributions to people together represent a crisis not only of similar magnitude to that of climate change, but one which must be addressed with at least similar urgency,” said Anne Larigauderie, the Executive Secretary of IPBES. “We thank the Jury and the Calouste Gulbenkian Foundation on behalf of the thousands of scientists and knowledge-holders, including those from indigenous and local communities, who have contributed their expertise so freely to the work of IPBES over the past ten years. The unified message from both of our expert communities is that either we tackle and solve the biodiversity crisis and the climate crisis together – or we will fail on both fronts.”

“On behalf of IPCC scientists who deliver the most up-to-date and robust climate change knowledge to the world’s policymakers, we are honoured to receive this prominent award,” said Hoesung Lee, the Chair of the IPCC. “Science is our most powerful instrument to tackle climate change, a clear and imminent threat to our wellbeing and livelihoods, the wellbeing of our planet and all of its species. For IPCC scientists, this prize is an important recognition and encouragement. For the decision-makers, it is another push for more decisive climate action.”

The Gulbenkian Prize for Humanity will be awarded on 13 October, at 6pm in the Grand Auditorium of the Calouste Gulbenkian Foundation. The Prize will be accepted by Anne Larigauderie, Executive Secretary of IPBES and Hoesung Lee, President of the IPCC.

The Intergovernmental Science-Policy Platform on Biodiversity and Ecosystem Services (IPBES)

IPBES is an independent, intergovernmental body established in 2012 in order to improve the interface between scientific knowledge and decision-makers in all spheres of activity on questions around biodiversity, the protection of ecosystems, human wellbeing and sustainability. Its core mission is to strengthen knowledge for better informed policy and decisions about conservation and the sustainable use of biodiversity.

Founded in the City of Panama by nearly 100 governments, the organisation currently comprises 139 member States, with strong engagement and contributions from a wide range of NGOs and other civil society organisations, representatives of local communities and indigenous peoples, among others. While not a United Nations entity, the IPBES secretariat is provided by the UN Environment Programme and is headquartered on the UN Campus in Bonn, Germany.

Through the production of reports, support for the development of environmental policies, capacity- and knowledge-building, communication, and dissemination, IPBES stands out as a platform of excellence in combatting the ecological crisis (and loss of biodiversity) through science and evidence.

The IPCC, founded in 1988 by the World Meteorological Organisation and by the United Nations Environmental Program, this is the United Nations body that evaluates science interrelated with climate change. The IPCC gathers scientific information that provides support for government decision-making on policies for combatting climate change. The IPCC identify the causes, risks and the consequences of climate crisis to humanity and the planet. For these evaluation reports, thousands of internationally recognised scientists evaluate, on a voluntary basis, the numerous scientific articles published annually in order to provide a broad reaching summary of that known about the factors driving climate changes, their impacts and risks and the ways in which adaptation and mitigation may reduce these risks. In 2007, the Nobel Peace Prize was awarded to the IPCC and Al Gore for their joint efforts to create and disseminate greater knowledge about the human influence on climate changes and setting down the foundations necessary to inverting the situation.

For the amount of 1 million euros, the Gulbenkian Prize for Humanity was launched by the Calouste Gulbenkian Foundation with the objective of distinguishing those persons and organisations from around the world whose work has greatly contributed to mitigating the impacts of climate change. The Prize reflects one of the core missions of the Calouste Gulbenkian Foundation: supporting sustainable development, fostering wellbeing and quality of life of vulnerable population groups in balance with environmental protection and economic prosperity. Among the potential fields recognised by this Prize are those capable of contributing to reducing or absorbing greenhouse gas emissions, actions to raise the resilience of people and the environment to the impacts of climate changes and as well as the deployment of financial resources, whether public or private, to accelerate the decarbonisation of the economy.

The Gulbenkian Prize for Human was first attributed in 2020 and awarded to the young Swedish activist Greta Thunberg, who has not tired of stating “We cannot make it without science”. In 2021, in its second year, the Prize was awarded to the Global Covenant of Mayors for Climate & Energy.

Chaired by Angela Merkel (who replaces Jorge Sampaio in the role), the vice-chair of the jury is Miguel Bastos Araújo (Geographer, Pessoa Award 2018), which is composed of personalities like Hans Joachim Schellnhuber (Founder and Director Emeritus of the Potsdam Institute for Climate Impact Research), Johan Rockström (Director of the Potsdam Institute for Climate Impact Research and Professor in Earth System Science at the University of Potsdam),  Miguel Arias Cañete (former European Energy and Climate Action Commissioner), Rik Leemans (Director of the Environmental Systems Analysis group of Wageningen University)  Runa Khan (Founder and Executive Director of the Friendship NGO and Country Chair of Global Dignity Bangladesh), Sandra Diaz (biologist, Ecology Professor at the Universidad Nacional de Córdoba, Argentina, and member of Royal Society) and Sunita Narain (Writer and environmental activist, Director of the Centre for Science and Environment, New Delhi).

More about the Prize
Updated on 17 october 2022