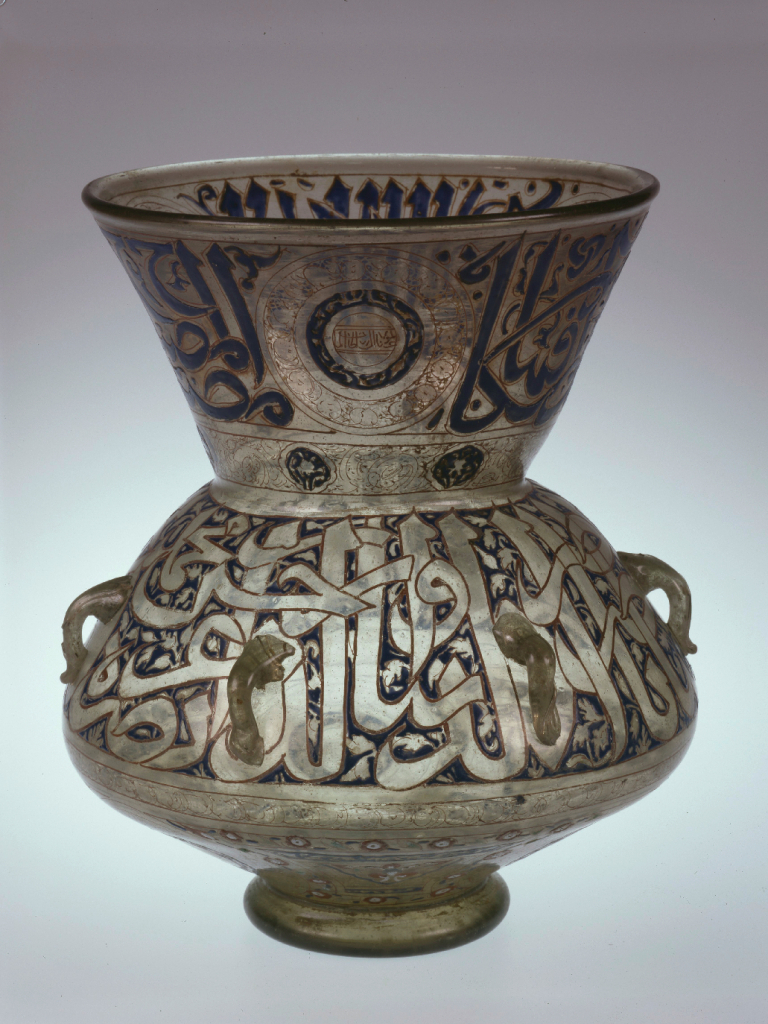 This mosque lamp is within the formal and decorative canons for such pieces: a wide body with six suspension rings for chains and generally bearing an inscription revealing the name and title of the sultan who commissioned the piece. In this case, it was al-Nasir Hasan, who reigned from 1347-1351 and 1354-1362.

The verse on Divine Light (Qur’an 35:24) appears on the neck, interrupted by the sultan’s epigraphic emblem in three medallions.

The mosque lamps that were commissioned by sultans and emirs for mosques and mausoleums, mainly in Cairo and Damascus, were particularly outstanding during the Mamluk period (1250-1517) due to their gilding and enamelled decoration. This technique, which was developed in Syria and Egypt in the late twelfth or early thirteenth century, is considered to be one of Islamic art’s main contributions to the art of glass.

Unknown. Probably an exchange or gift.