Published in conjunction with the exhibition The Rise of Islamic Art. 1869-1939, this catalogue features contributions from various international experts.

The introduction by Penelope Curtis, director of the Calouste Gulbenkian Museum, describes the motivations and aims of the exhibition, the narrative of which is directly related to the founder’s biography and collecting habits.

The introductory piece is followed by an essay by Jessica Hallett, curator of the exhibition, who analyses the era in which Calouste Gulbenkian lived, a time when a particular admiration for works from the Middle East developed and the name ‘Islamic art’ emerged. The collector’s acquisitions are directly related to the history and geopolitics of his day and are influenced by various events that marked the first half of the 20th century, such as the Armenian diaspora, oil exploration and the two world wars, among others.

Mustafa Aksakal and Nebahat Avcioglu then write about the Ottoman Empire, in the heart of which Calouste Gulbenkian was born. This long-lived Empire changed greatly over the centuries and was eventually dissolved after World War I. This is followed by a text by Eva-Maria Troelenberg, who analyses the collections of Islamic art and the way they are put together, drawing a parallel with the Gulbenkian Collection and the acquisition strategies of the main international museums and their respective exhibitions.

Armenian merchants were key elements in the growth of the art market during the 20th century and Jessica Hallett and Maïda Chavak devote an essay to them, describing their diaspora status, the countries where they settled and opened their premises, staying in touch with Gulbenkian to keep him abreast of any novelties.

The essay section finishes with a text by Avinoam Shalem about the turbulent situation in Baku at the turn of the century, with particular emphasis on oil exploration, in which Gulbenkian was involved, along with other great collectors such as Rockefeller and Getty. All the essays are accompanied by representations of some of the exhibited works and by comparative images.

The publication continues with a list of the works on display, including explanatory texts by the various conservators at the Calouste Gulbenkian Museum and by some guest experts. Profusely illustrated, this section of the catalogue gives a dynamic demonstration of the variety of works included in this exhibition, coming from the Gulbenkian collection and from other important institutions, both national – such as the MNAA and the Paço dos Duques de Guimarães – and international, such as the British Museum, the Metropolitan Museum of Art, the Victoria and Albert Museum, the Harris Museum and Art Gallery, the Khalili Collection, the David Collection, the Benaki Museum, the Belvedere, the MAK and the De Morgan Foundation. 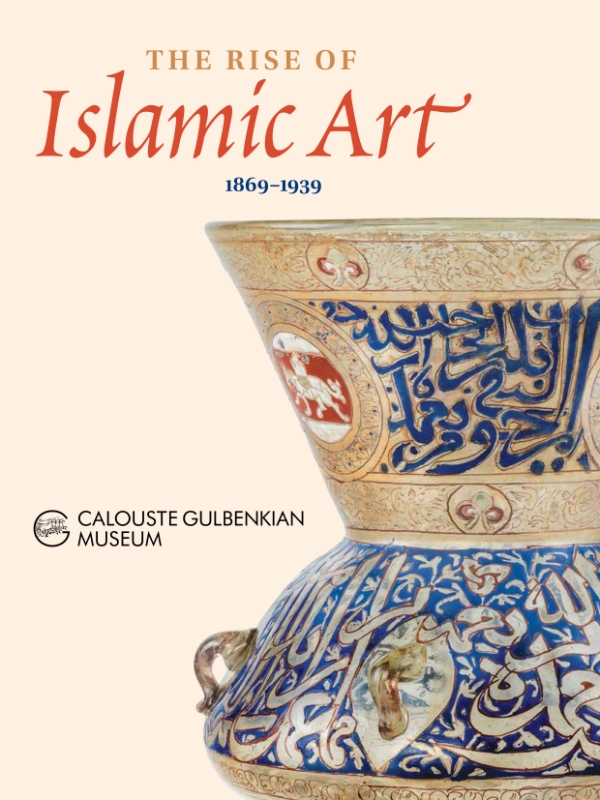