Taking as its starting point Robin Fior’s personal collection, which was recently donated to the Calouste Gulbenkian Foundation’s Art Library, the exhibition Robin Fior. Call to Action/Abril em Portugal brings together, for the first time, objects conceived by the graphic designer both in England and Portugal, between the 1960s and the 1980s.

The publication that accompanies the exhibition includes the contribution of Robin Kinross, author and editor of several essays and publications on visual communication and typography. His essay explores the beginning of Fior’s career and his English period, as well as his connection to the anti-nuclear campaign and his link to left-wing political movements.

Robin Kinross’s essay is followed by a text written by Ana Baliza, curator of the exhibition, which analyses Robin Fior’s Portuguese period, from his arrival in 1973 to give a workshop to the members of the PRAXIS cooperative to his involvement in the 25th of April Revolution. From this period we can highlight the posters he designed for the movements for the independence of the colonies, his participation in the Movimento de Esquerda Socialista and his connection to Ar.Co, a school that promoted an alternative approach to art education.

The publication also includes the re-edition of a text written by Robin Fior himself, first published in 1994. With notes by the curator, this text explores the evolution of graphic design in Portugal.

A list with all the works exhibited closes this 8th edition of the series Conversations, which can be visited until February 2020. 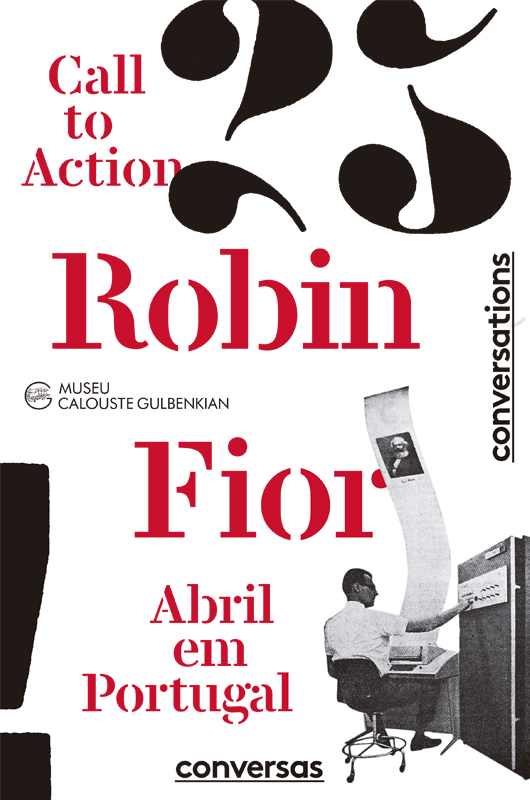