As part of the Conversations series, the booklet for the exhibition Art and Architecture between Lisbon and Baghdad. The Calouste Gulbenkian Foundation in Iraq, 1957–1973, with texts by the exhibition’s two curators, includes versions in Portuguese and English.

The introduction, written by both curators, briefly explains the objectives of the project, outlining the work of the Calouste Gulbenkian Foundation in Iraq between 1957 and 1973, especially in the fields of art and architecture.

The essay that follows, by Patrícia Rosas, analyses the origin and circumstances explaining the formation of the Iraqi modern art section of the Calouste Gulbenkian Foundation’s Modern Collection, a rare phenomenon in the international museological landscape. The accompanying images are therefore mainly reproductions of artworks from the Modern Collection, interspersed with others of a more documentary nature.

Finally, the text by Ricardo Costa Agarez, based on an substantially documentary investigation in the Gulbenkian Archives, reveals the characteristics and context surrounding the two main architectural achievements directly promoted by the Foundation in Iraq, and more specifically in Baghdad: The Modern Arts Centre, which was opened to the public in 1962, and the sports complex known as the People’s Stadium, inaugurated in 1966. Naturally, the set of images chosen for this text correspond especially with photographs of the buildings in question – both under construction and once completed – and reproductions of architectural drawings 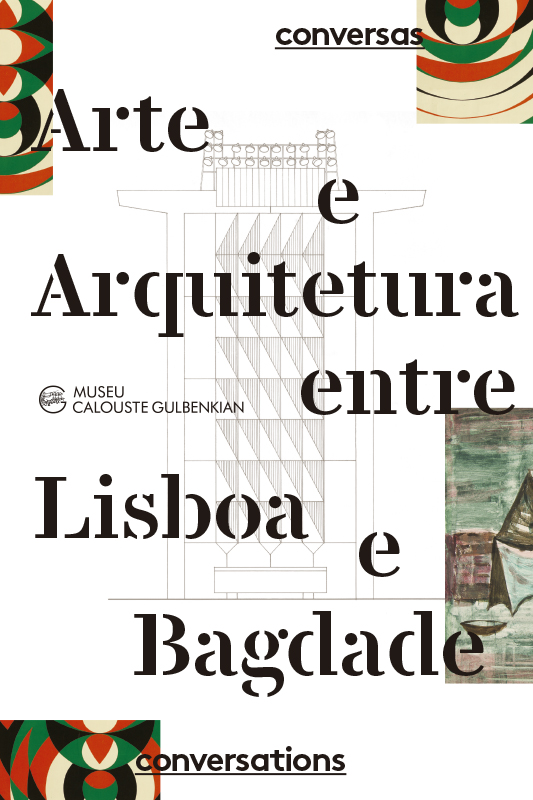