Vítor Pomar studied Painting at the Academies of Fine Arts in Porto (1966-67) and Lisbon (1967-69). He had his first solo exhibition of engravings in Lisbon (1970). That same year he decided to emigrate to the Netherlands, resuming his studies at the Art Academy of Rotterdam and at the Free Academy of The Hague, where he established his first studio. It was during this period that Vitor Pomar managed to establish a very personal creative process, combining both experimentalism and spirituality in his exploratory approach to painting, and especially, in the way he overlaps it with the other artistic techniques he systematically resorts to, such as photography, video, film, drawing or sculpture. Vítor Pomar works and lives in Assentiz, Rio Maior (Portugal).

Born in a family of artists, the son of painter Júlio Pomar, Vítor Pomar’s creative urge came upon early, after an “avalanche of abstract drawings, tangles and grids, that bursted within me when I was sixteen years old.”* He pursued that ambition by studying at the Academy of Fine Arts in Porto and Lisbon, initiating himself simultaneously in painting and black and white photography, a creative dyad common to artists from his generation. Pomar also studied engraving – the object of his first solo exhibition** – and got to work as an assistant to João Hogan, before leaving to Amsterdam in order to escape military service (1970). The shock of this cultural transition defined his artistic formation, changing an exhausted dictatorial regime for the creative liberties of the Netherlands, whose alternative atmosphere of counterculture and new spirituality attracted artists from all around the world, thus becoming the European centre for conceptual and post-minimalist research, and experimental art teaching like the Psychopolis in The Hague. It was in this free academy that Pomar began studying – and where he later taught silkscreen –, before transferring himself to the Rotterdam Academy and before working in Amsterdam (1976-85), benefiting from a state programme to support visual artists (BKR).***

Partaking of the Dutch enthusiasm for underground cinema and media art in the 1970s, Pomar began directing videos in a dialogue with photography and painting, within a conceptual aesthetics resonant of Stan Brakhage, Jonas Mekas or Chris Marker. Pomar’s experimental videos in Super 8 or 16 mm were almost diary-like records of his occupation of the studio, of the city around him and of the evolution of his pictorial works, revealing his absolute non-distinction between artistic life and activity. However, for Pomar, painting always stood at the centre of his artistic operations, structuring conceptually many other creative experiments, from  serial drawings to fragmented photos. Indeed, in the year after his debut video, Crush Proof Box (1974), Vítor Pomar began a cycle of black and white acrylics on large-scale canvases (1975-83). The gesturalism of these paintings, which he worked on the floor, sprang from his emphatic concern with the creative process, that was as much influenced by Buddhist meditation as by North-American Abstract Expressionism, particularly in the way he tried to improvise in order to release his deep psyche, and how he struggled to conceive each canvas as a union between the material and spiritual worlds.

In spite of his status as exile artist and of the seasons spent in Mexico (1974) and in New York (1982), Pomar’s work gained visibility in Portugal, especially after an important exhibition of his painting at the Calouste Gulbenkian Foundation (1980), which followed his participation in the exhibit Alternativa Zero [Zero Alternative] (1977) and in national selections of young artists (in Amsterdam, Paris, etc.). After a span of nine years, Pomar abandoned his bi-chromatic canvases and launched a new cycle of acrylics in buoyant colours and vigorous neo-informal shapes (1983-85), without ever renouncing the ritualistic character of his panting, which he considered part of his spiritual routine. The multi-coloured cycle would be cut short by two dramatic decisions in 1985: the return to Portugal and the voluntary interruption of all artistic activities. During this hiatus that would last a decade, besides having created and managed the Casa-Museu Álvaro de Campos (Tavira, 1987),  Pomar devoted himself to the study of several non-Western spiritual practices, attending meetings and retreats with Buddhist masters or Tibetan lamas in India – although he never ceased to exhibit regularly.

When Vítor Pomar decided to start his artistic creations again (1995), he promptly recovered several materials and languages, from sculpture-objects to his documentary-minded photos, but providing them with a heavy philosophical framework around existential topics, even if they stayed clear from the visual gravity of his initial pieces. Based on the same immediateness and multidisciplinary tenets, and still finding its unity in conceptualism, his works have nevertheless acquired a more distinct spiritualist dimension, which, instead of working at a subterranean and non-discursive level, has since gained the value of a verbal, and somewhat doctrinaire, explicitness. In his works of painting, drawing and even photography it has become common to encounter the inscription of sentences which speak of omnipresence, dissolution, nirvana, dharma, sensorial experience, human illusion, vacuity of vision and mind – an esoteric vocabulary that became a required key for his current work. The ensemble of Vitor Pomar’s pictorial oeuvre earned him the Painting Award of EDP (2002) and, more recently, the whole of his film and video work has been gathered in a retrospective organized by the Modern Art Centre (2011).

*** BKR - Beeldende-Kunstenaarsregeling or Visual Arts Scheme, a Dutch government-sponsored programme under which visual artists received an income in exchange for works of art. 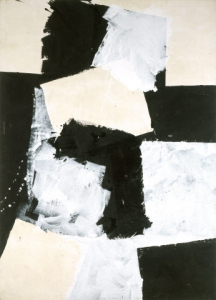 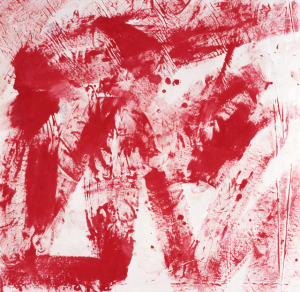 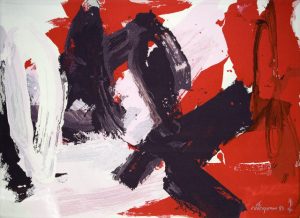 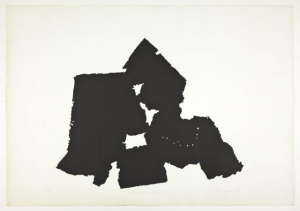 A Passagem do Tempo II 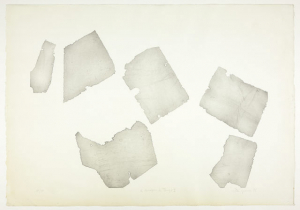 A Passagem do Tempo I 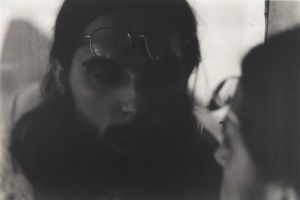 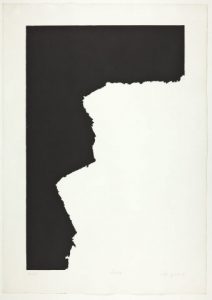 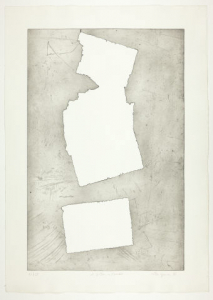 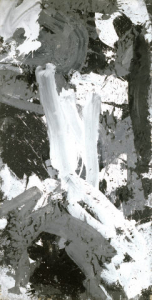 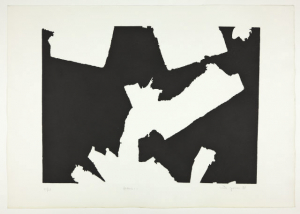 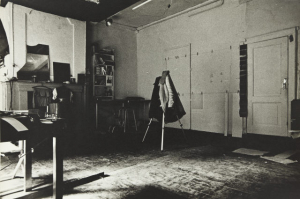 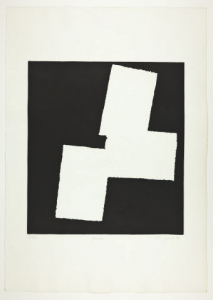 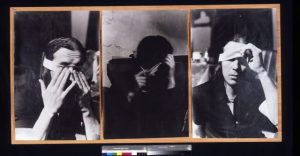