Free PDF of the Summary

Free PDF of the Book (text only)

No Fear joins the increasingly vigorous debate about the role and nature of childhood in the UK. Over the past 30 years activities that previous generations of children enjoyed without a second thought have been relabelled as troubling or dangerous, and the adults who permit them branded as irresponsible. No Fear argues that childhood is being undermined by the growth of risk aversion and its intrusion into every aspect of children’s lives. This restricts children’s play, limits their freedom of movement, corrodes their relationships with adults and constrains their exploration of physical, social and virtual worlds.

Focusing on the crucial years of childhood between the ages of 5 and 11 – from the start of statutory schooling to the onset of adolescence – No Fear examines some of the key issues with regard to children’s safety: playground design and legislation, antisocial behaviour, bullying, child protection, the fear of strangers and online risks. It offers insights into the roles of parents, teachers, carers, the media, safety agencies and the Government and exposes the contradictions inherent in current attitudes and policies, revealing how risk averse behaviour ironically can damage and endanger children’s lives. In conclusion, No Fear advocates a philosophy of resilience that will help counter risk aversion and strike a better balance between protecting children from genuine threats and giving them rich, challenging opportunities through which to learn and grow.

Tim Gill is one of the UK’s leading writers and thinkers on childhood. His work focuses on children’s play and free time. He appears regularly on national TV and radio and has written for The Guardian and The Independent, as well as parenting and trade magazines and academic journals. He was Director of the Children’s Play Council from 1997–2004 and, in 2002, was seconded to Whitehall to lead the first ever Government-sponsored review of children’s play. 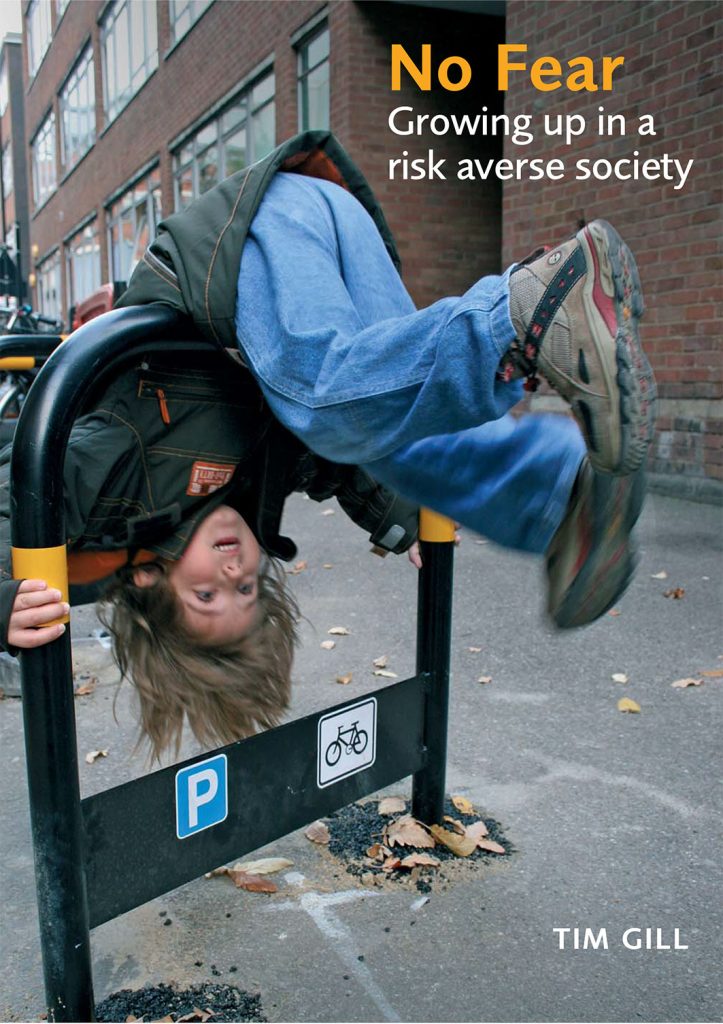