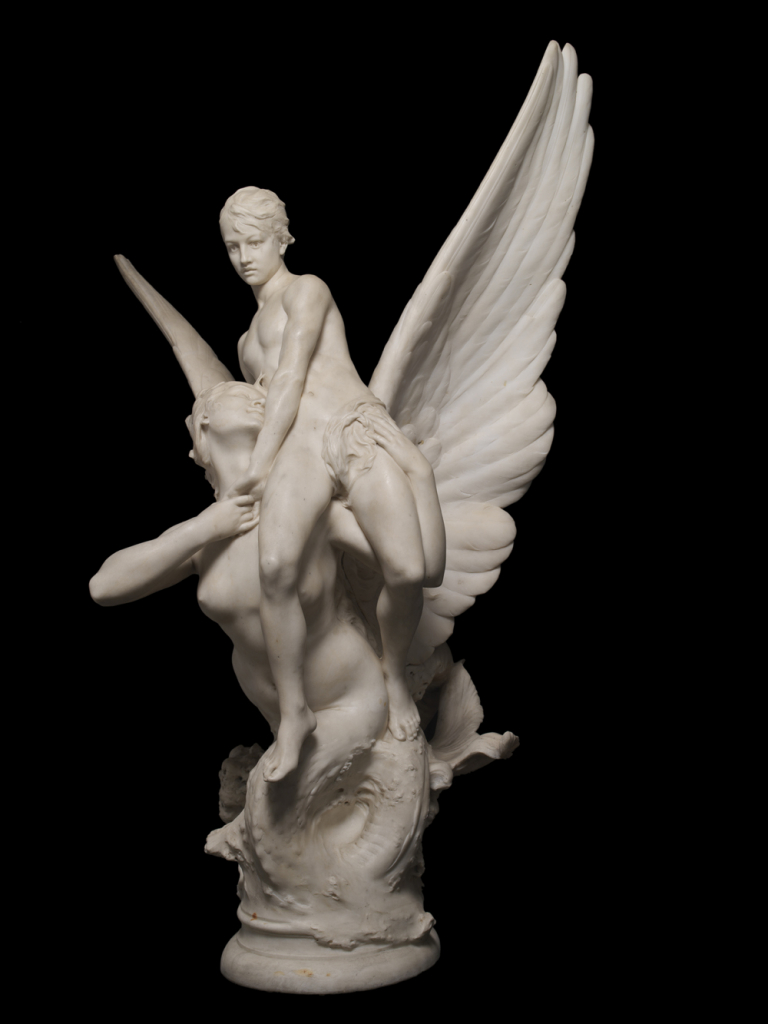 This Siren was the first sculpture acquired by Calouste Gulbenkian for his collection. It is a contemporary work in the classical style, created by a contemporary of his, which enjoyed great success, as demonstrated by the existence of various versions in plaster and marble and the many bronze and marble reductions, of which this is an example. The original version in marble, a 250 cm-high piece completed in 1890, was Puech’s final work for his third year of study at the Académie de France in Rome. As a composition it is full of movement, reflecting the young artist’s passion for a famous opera singer (Emma Calvé), and inspired by the Greek myth of the sirens who seduced sailors with their song in order to drag them into the depths of the sea. His siren, which has wings like a bird, the body of a woman and the tail of a fish, is cast as a seductress in the act of attracting her victim. Puech attempted to imbue this work, which is rooted in personal experience, with a universal quality that eventually made it a great commercial success, despite the scandal provoked by the daring nature of the theme.

The Siren was sold by Ferdinand Barbédienne, from whom Gulbenkian made frequent purchases.

Acquired by Gulbenkian from Ferdinand Barbédienne, around 1900.