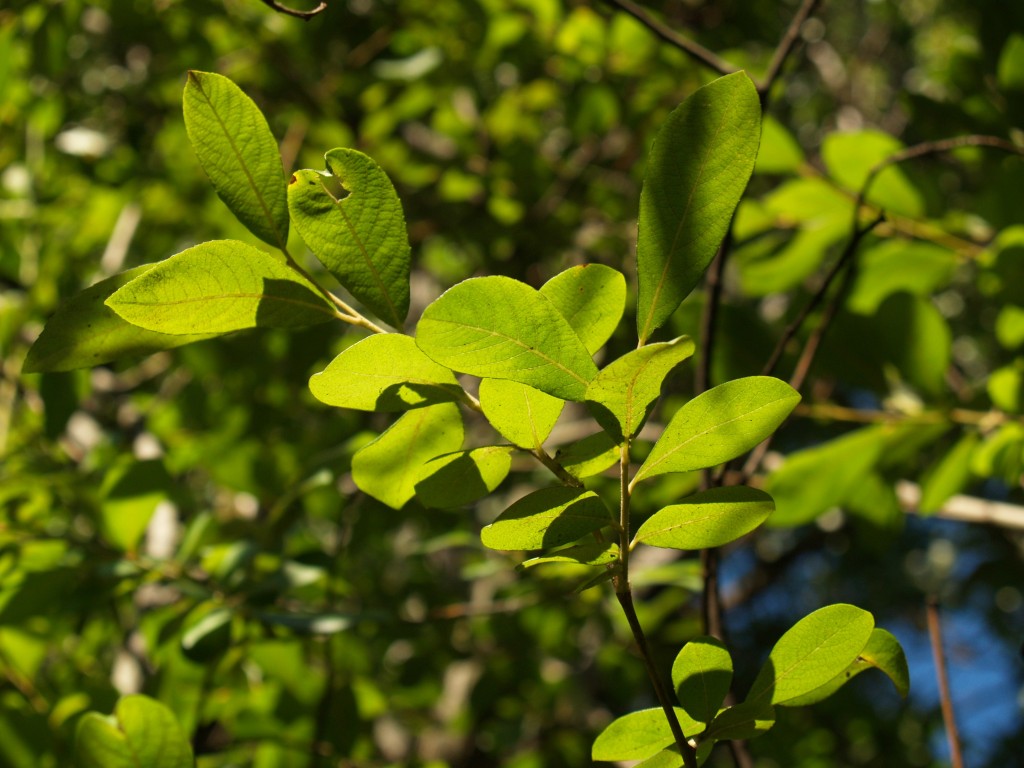 Of the Salix genus, Salicaceae family, this willow is a small deciduous tree or shrub, of sparse canopy.

The trunk is gray and smooth, becoming cracked and brownish with age.

The leaves are alternate green, elliptical, with rust-coloured hairs on the bottom surface.

It is a dioecious species – with female and male individuals. Flowering takes place between January and March and the flowers are arranged in vertical catkins that attract insects.

The fruit is a hairy capsule, which opens into 2 valves.

Originating in Europe, it is found across Atlantic Europe and the western Mediterranean region. In Portugal there are other native willow species such as the white willow (Salix alba) which can also be found in the Gulbenkian Garden.

This is a pioneer species, naturally inhabiting damp or soggy soils, frequently found in headwaters, water lines and on lakesides.

In Roman mythology the willow tree was consecrated to the goddess Juno and was said to have properties that stopped any bleeding and prevented abortion. In China, where it is cultivated for the purpose of protecting agricultural areas, serving as a barrier to desert winds, it is traditionally considered a symbol of immortality.

This plant has been used experimentally in the purification of polluted waters due to its capacity to absorb and transform pollutants into organic matter. Currently, it has also been widely used in biophysical engineering, in the recovery and stabilization of riverside banks. As far back as in the Bible (Psalm 137) the willow is mentioned as a tree present “next to the rivers of Babylon”.

The bark of the trunk has important medicinal properties. It was from the bark of willows that in the 19th century, acetylsalicylic acid was isolated which in 1899 gave rise to the medication known as “aspirin”.

Introduced in several areas around the globe it is, however, a species susceptible to various diseases such as willow anacrusis caused by the Merssonina salicicola fungus. specially in humid climates in Europe and North America.