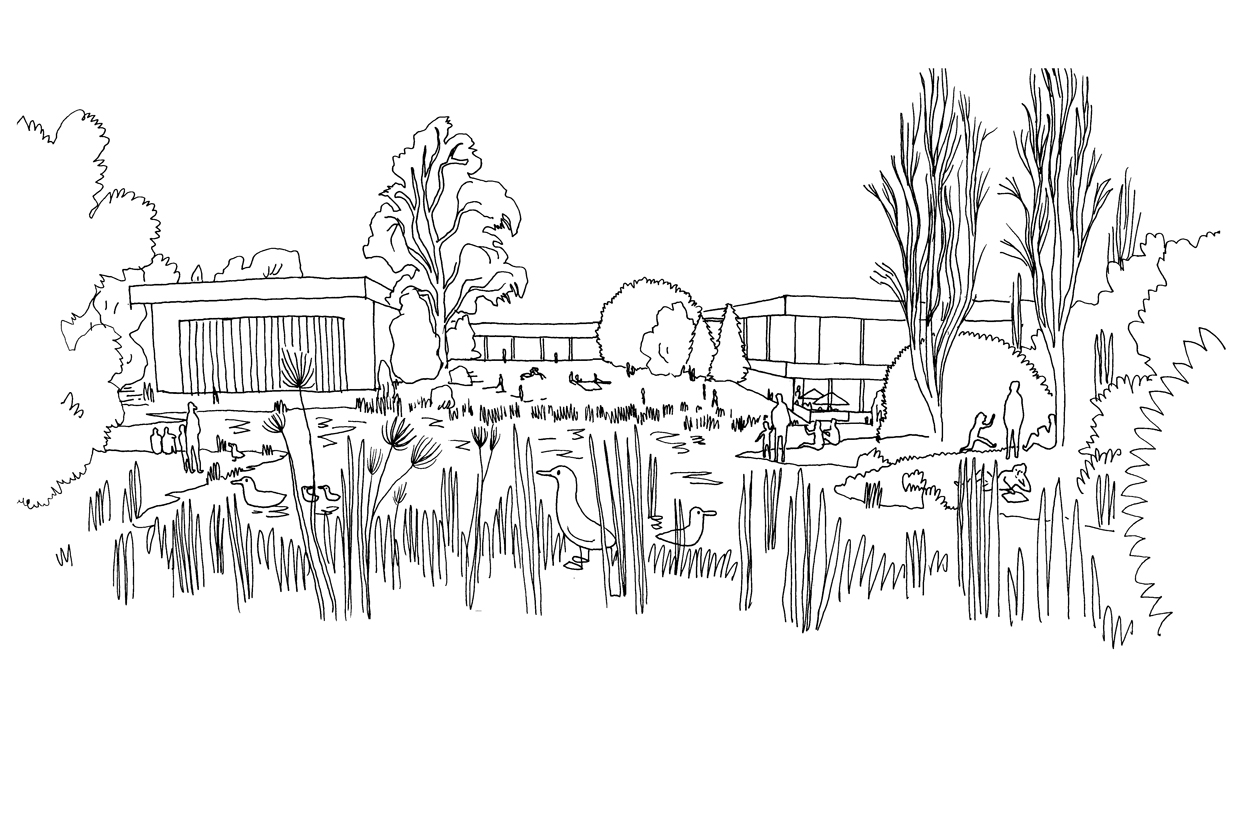 The Gulbenkian Garden Interpretative Centre is a multimedia space named after Gonçalo Ribeiro Telles, the landscape architect and the co-designer of these grounds with António Viana Barreto, who died in 2012.

The centre gives the public an opportunity to better understand the thinking behind the garden and uses audiovisual media to reveal aspects that wouldn’t normally be visible. Visitors can experience various different moods in a video hall inspired by the 10 Commandments, defined by Ribeiro Telles, to create such a garden.

Aurora Carapinha is responsible for co-ordinating the project and its implementation is developed by members of the CECL – Centre for the Study of Communication and Languages (Nova University of Lisbon) and of the CICANT – Centre for Research of Applied Communication, Culture and New Technologies (Lusophone University of Humanities and Technologies). The project also results from a technological partnership with Samsung. The architectural project is by Teresa Nunes de Ponte’s team, whilst the landscaping is in the hands of Gonçalo Ribeiro Telles together with the architect João Mateus.

One of the centre’s rooms, padded in cork, is an innovation created by Bernardo Carvalho especially for the creative minds of the very young. Ducks, toads, acorns and water lilies are the characters in the many stories that this place has to tell. The installation consists of 3 boxes (magnifiers) that you can look into and see, in real time, corners of the Garden that are impossible to discover at ground level!

The story of this Garden is told on a giant screen. A story that begins with a eucalyptus tree in a park with zoo animals, fairground merry-go-rounds, horse racing and bicycles… Basically, an oasis with museums, plenty of shade and many inhabitants and visitors.

Images of all these stories can be coloured in and sent by email directly from the screen itself.

The Interpretative Centre also has an ice-cream parlour, coffee shop and an outdoor seating area for up to 60 people.

Ten commandments for the construction of a garden: