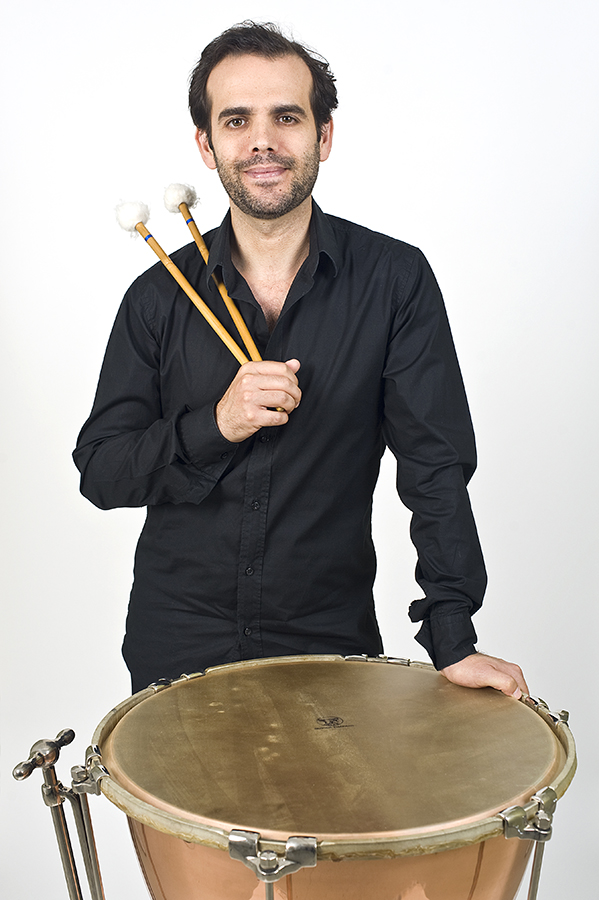 He has performed in a number of major festivals in Portugal, at the Coliseu do Porto and at the Calouste Gulbenkian Foundation. As a soloist, he has performed with the Orquestra Académica Metropolitana, the Filarmonia das Beiras and the Orquestra Clássica de Espinho, with which he played, for the first time in Portugal, the Concerto Fantasia for two Timpani and Orchestra by Philip Glass, with percussionist Miguel Bernat. He has also appeared with various ensembles in several European countries and the United States, as well as in Thailand and Macau.

He has been invited to direct percussion courses and currently teaches at the Escola Superior de Música e das Artes do Espectáculo do Porto e na Academia Nacional Superior de Orquestra. From 2000 to 2006, he held the position of Percussionist/Soloist at the Orquestra Nacional do Porto. He has been 1st Percussion Soloist with the Gulbenkian Orchestra since April 2006.