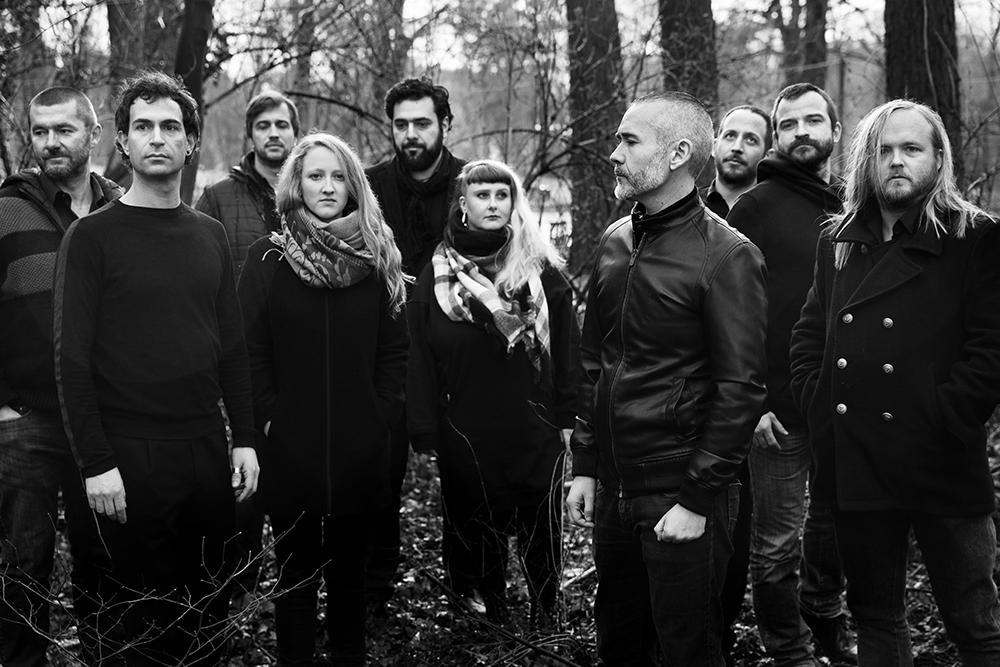 Graindelavoix is an Antwerp based, multidisciplinary company with a fascination for the voice, the genealogy of vocal repertoires and their relationships with the affective body, history and territory.  Graindelavoix was founded in the early 21st century by anthropologist and ethnomusicologist Björn Schmelzer with public appearances following shortly thereafter.  The first recording, Ockeghem’s Missa Caput, released in 2006 on the Glossa label immediately placed graindelavoix on the international scene. Each new project begins with a concrete musical gesture, a repertoire or a work which envelops the complex layering of time and the operative aspects of practice.  Schmelzer has developed with  graindelavoix a kind of affective musicology in action: every performance is an evocation and activation of the virtual forces and affects working in the surviving traces that serve as the starting point.  A score, a notation or an inscription is an indistinguishable part of a moving musical image that is never independent but functions as a ‘dynamogram’.  Graindelavoix tries to activate and embody the notation, an active reading in the medieval sense. The past is not a solid reality that we are separated from, instead it is a continuous set of underlays and counter-currents that undulate and live in our bodies: in ever changing times and geographical locations, new eruptions and collisions of time-tectonics occur.  These symptoms form the base for the performers of graindelavoix to explore how to push the audience to the point of constructing its own memory of meanings.  The performers of graindelavoix are drawn from different traditions with broad artistic backgrounds and expertise. During performance this heterogeneity is not polished away but carved even deeper.  Graindelavoix built a reputation as a pioneer of a completely new approach to old repertoires, beyond the museum or historically informed vision, with its bold and often controversial interpretations to which the many international collaborations, residencies, performances and CD awards will testify.  Graindelavoix won the much coveted Edison Award, two Klara Music Awards, the Caecilia Prize of the Belgian Music Press and several awards from international music magazines such as Classica Répertoire, Pizzicato and Scherzo.  In 2011, graindelavoix worked with Anne Teresa De Keersmaeker’s Rosas dance company in the production Cesena, which premiered at the Court d’Honneur in Avignon.  Graindelavoix regularly creates multimedia and interdisciplinary projects such as the films Ossuaires and Muntagna Nera, the comeback of a famous coal mine blues-music club from Limburg (CD release by EMI/Warner); Trabe Dich Thierlein, a theatrical performance of German polyphony from the early 16th century, which premiered at the Weimar Kunstfest in 2014.  Also in 2014, graindelavoix created a contemporary sound installation entitled Maastricht Cryptonomies featuring improvising musicians Manuel Mota and Margarida Garcia, in the Servatius Basilica in Maastricht.  Graindelavoix performed for the Zomer Van Antwerpen, Roma Antwerpen, the Laus Polyphoniae Festival, Moussem Festival, Behoud de Begeerte, Berliner Festspiele, Brooklyn Academy of Music in New York, Alkantara Festival and Gulbenkian Foundation Lisbon, Early Music Festival Utrecht, Roots Festival in Jaroslaw and Wratislavia Cantans in Wroclaw, Festival Alte Musik Regensburg, Kunstfest Weimar, Ruhrtriennale 2012 and 2013, Festival de Saintes, Radio France, Avignon Festival, Concertgebouw and Muziekgebouw aan ‘t IJ Amsterdam, De Doelen Rotterdam, Diaghilev Festival Perm, Bozar Brussels and many others.  From 2015, graindelavoix is in residence at the Fondation Royaumont near Paris, offering concerts and master classes.  Graindelavoix is structurally supported by the Flemish Community.