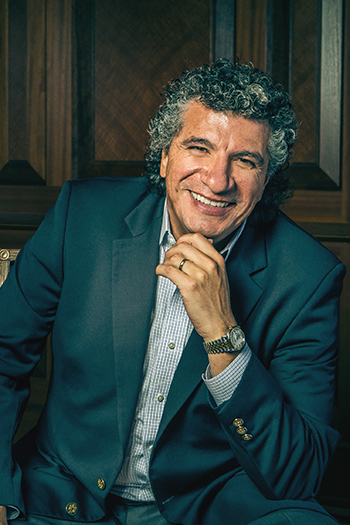 Giancarlo Guerrero is a six-time GRAMMY® Award-winning conductor now in his eleventh season as Music Director of the Nashville Symphony. Guerrero is also Music Director of the Wrocław Philharmonic at the National Forum of Music in Poland and Principal Guest Conductor of the Gulbenkian Orchestra in Lisbon, Portugal. Guerrero has been praised for his “charismatic conducting and attention to detail” (Seattle Times) in “viscerally powerful performances” (Boston Globe) that are “at once vigorous, passionate, and nuanced” (BachTrack).

Through commissions, recordings, and world premieres, Guerrero and the Nashville Symphony have championed the works of American composers and has presented eleven world-premieres with the Nashville Symphony, including the GRAMMY-winning performance of Michael Daugherty’s Tales of Hemingway and Terry Riley’s Palmian Chord Ryddle.

Guerrero enjoys relationships with orchestras around the world. His 2019/20 season will include return engagements with the Boston Symphony, Orquestra Sinfônica do Estado de São Paulo, Deutsches Symphonie-Orchester Berlin, Bamberg Symphony, Frankfurt Opera and Museums Orchestra and the New Zealand Symphony. In January 2020, Guerrero will conduct the Wrocław Philharmonic on a twelve-city North American tour.