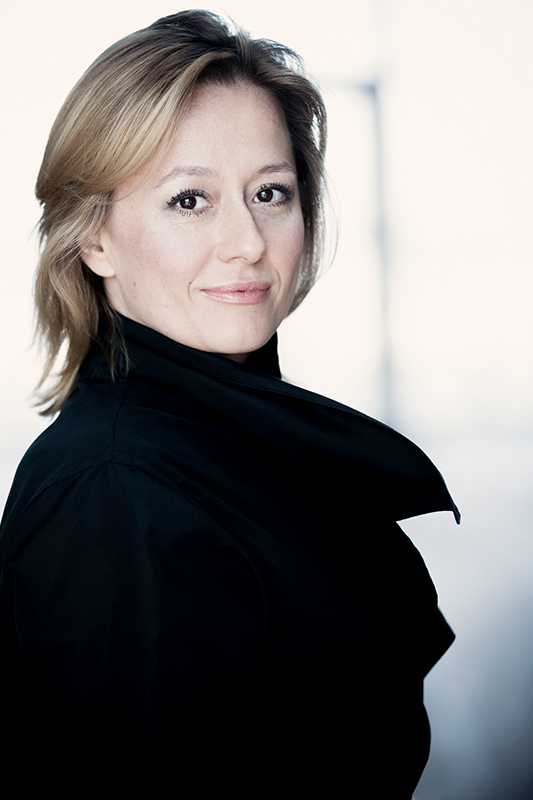 The Viennese pianist Anika Vavic, a native of Belgrade, is passionate about discovering the inconsistencies and ambiguities of the scores she illuminates at the piano, powerfully yet sensitively. She always strives to live up to the creed of her teacher, the cellist Rostropovich:

“Music is medicine, and we musicians are doctors and priests – I believe it is our job to ‘heal’ our audience from the trivialities of everyday life, to move and inspire them.”

Among the highlights of recent years are her performances with the Mariinsky Orchestra, where she gave the first Russian and Austrian performance of Shchedrin’s Piano Concerto No. 4, with the London Philharmonic Orchestra under Vladimir Jurowski as part of the BBC Proms, and at the Enescu Festival in Bucharest performing Prokofiev`s Piano Concerto No.3, and with the Radio Symphony Orchestra Vienna performing Leonard Bernstein`s “Age of Anxiety”. She has performed at the “White Nights” in St. Petersburg, the Mikkeli Festival in Finland, the Piano Festival Ruhr, the Schubertiade Schwarzenberg, the Grafenegg Festival, the Heidelberger Frühling, the Styriarte in Graz, at Klangbogen Wien, the Beethoven Easter Festival Warsaw, the Carinthian Summer, the Istanbul Music Festival and the Sommets Musicaux de Gstaad.

At the age of 16, Anika Vavic moved to Vienna, where she studied with Noel Flores at the University of Music and Performing Arts. She also received important impulses from Elisabeth Leonskaja, Lazar Berman, Oleg Maisenberg, Alexander Satz and Mstislav Rostropovich. The winner of the Second Steinway Competition in Vienna and its Special Prize for the best Haydn interpretation also received scholarships from the Herbert von Karajan Center in Vienna and the Gottfried von Einem Foundation. In 2002 the Austrian State bestowed the Women’s Art Prize in the music category upon her.

Anika Vavic’s repertoire also includes contemporary music works, for example the Piano Concerto Requiem for Piano, Strings and Membranophone by the Chinese­ Austrian composer Shih, which is dedicated to her, as well as his Piano Quintet. In 2005 the pianist took on the solo part in the world premiere of Johannes Maria Staud’s Peras. Music for Piano at the Piano Festival Ruhr. In addition, Leonard Bernstein, Kalevi Aho, Vlastimir Trajkovic, Galina Ustvolskaya, Gia Kancheli, Henryk Gorecki, and especially Rodion Shchedrin are among here favorite contemporary composers.