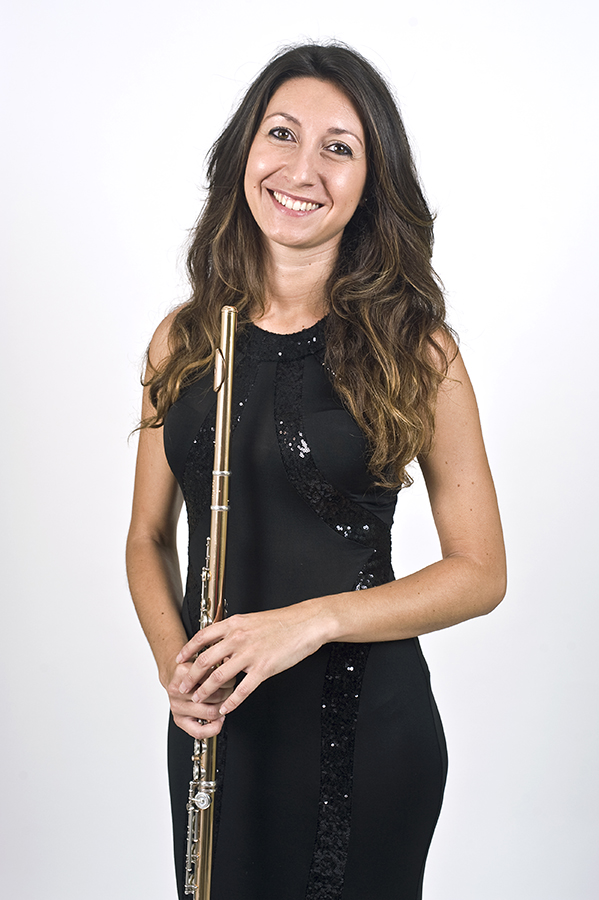 She began playing the flute at the age of 6. Graduated from the “Conservatorio Superior de Musica Joaquin Rodrigo de Valencia” with Mª Dolores Tomas and awarded with the prize from the conservatory to the most outstanding student in 2008. Amália continued her postgraduate studies at Royal College of Music of London, with teachers Jaime Martin, Sue Thomas and picolo with Stewart McIlwham., thanks to a scholarship from “Instituto Valenciano de la Música” and the support of “St. Marylebone Educational Foundation”. During this year she was the principal flute of the Royal College Symphony Orchestra, playing with conductor  Esa-Pekka Salonen.  And she was member of other youth orchestras as “Joven orquesta Nacional de España” and ”the World Orchestra of Jeunesses Musicales”.

In 2007, she won the First Prize at the “Competition of Young Performers of Comunidad Valenciana”, playing recitals in Tennessee (USA), and Herzogenrath (Germany) as guest artist at the “World Music Contest of Kerkrade”.

During 2009-2010 season, when she was only 23, she was the second flute of the Orchestra of the Opera “Palau de les Arts” of Valencia, with Lorin Maazel and Zubin Mehta as principal conductors, also playing with Valery Gergiev and Gianandrea Noseda.

In January of 2012, Amália won the flute audition at Gulbenkian Orchestra of Lisbon, position that holds to the present.  Since 2018 she is flute teacher at “Escola Superior de Música de Lisboa”.