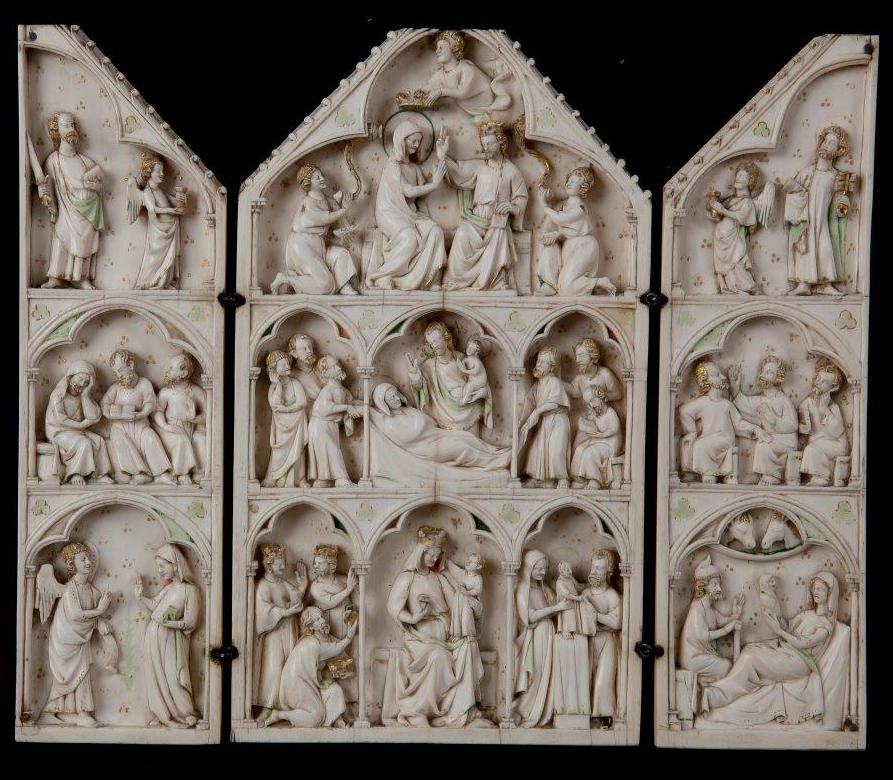 Triptych with Scenes from the Life and Death of the Virgin

This ivory triptych, designed for private worship, is one of many produced in Parisian workshops during the fourteenth century. It epitomises a type of easily movable object that was  used as a means of proselytizing at a time when books and reading were only available to a select few.

This triptych demonstrates the impact of the recent cult of the Virgin Mary, portraying several episodes from the Virgin's life on earth, specifically those associated to her role as the mother of Christ, and her subsequent ascension and elevation to a spiritual level. The scenes are read from the lowest section upwards. The lateral panels are more intimate, adding to or developing the main public scenes depicted in the four central panels

The ivory still bears traces of the original polychrome decoration, demonstrating the close co-operation between the sculptor and the painter.