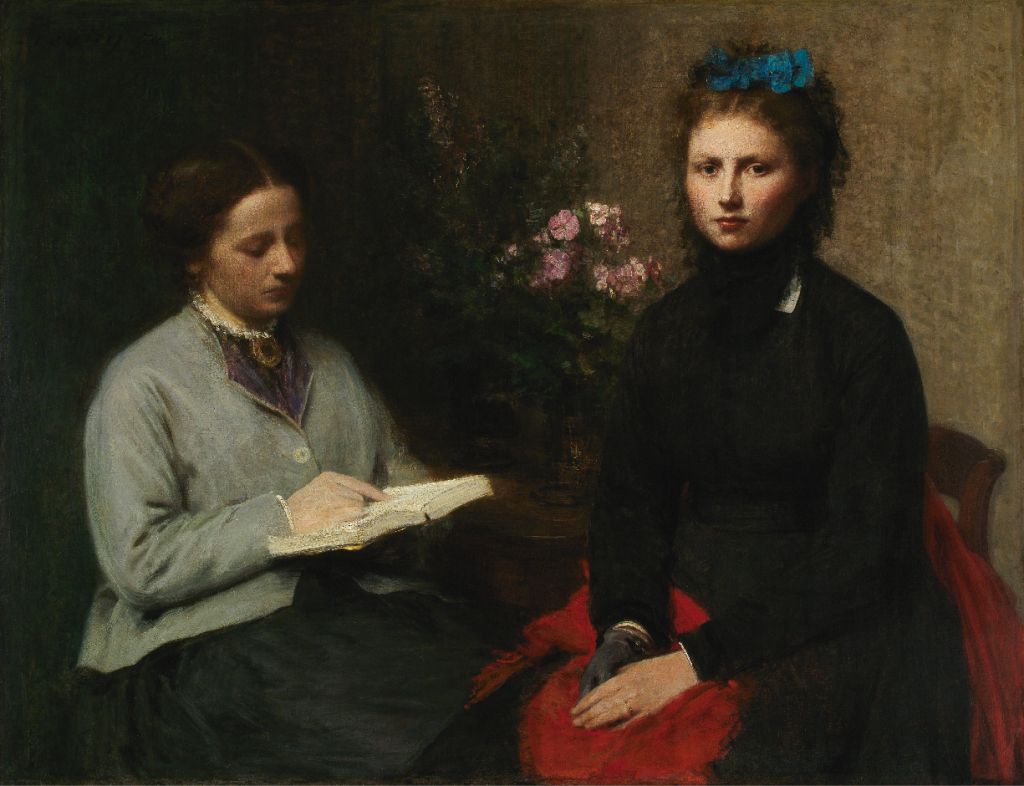 The theme of reading was the subject of several well-known works by the artist and can therefore be said to have played an important role in his work. The painting constitutes an excellent example of Henri Fantin-Latour’s skill as an intimiste who remained ever faithful to a sober ideal of representation characterised by a sense of realism. It also introduces the observer into his favourite themes, a poetic and dreamlike domestic environment with vaguely melancholic undertones.

On the left of the picture it is possible to identify Victoria Dubourg, the artist’s future wife, while on the right sits the enigmatic figure of Charlotte Dubourg, who stares intently at the observer and/or the painter. It should be noted that the latter figure appears with some regularity in his work, raising the possibility that a ‘silent complicity’ existed between the model and the artist.

Another significant aspect of the composition is the sense of interior isolation that separates the two sisters. The contrast between the illuminated surface and the darker area of the painting, where the figures are positioned, highlights the ambiguity that can be sensed between proximity and distance, imbuing the scene with the suggestion of a restrained ‘mental’ unease that is equally present in other portraits by the painter.