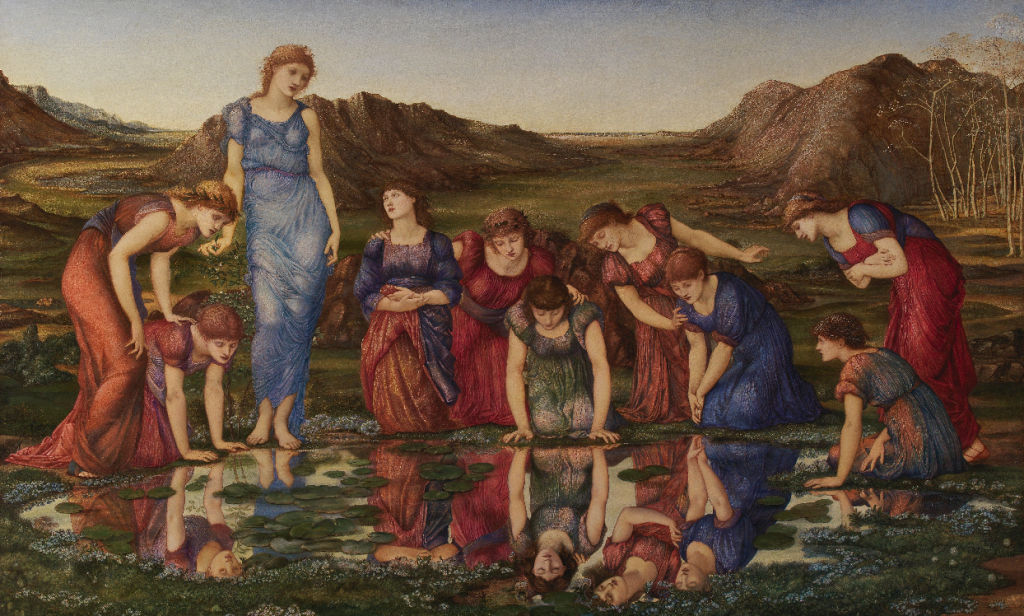 The Mirror of Venus

A member of the pre-Raphaelite movement that was formed in England in 1848, Sir Edward Burne-Jones became one of the leading figures in a new trend, known as Aestheticism, that emerged in the 1860s. This composition can be seen as an exaltation of ideal beauty, bringing the atmosphere of the painting into alignment with a perspective shared by late Victorian art.

The painter employs minimum of narrative elements, creating a linear arrangement of poetic and oneiric figures clad in pseudo-classical clothing in the manner of a Greek-inspired frieze. Rather than aiming for a formal stylistic resemblance, Burne-Jones seeks to create a general affinity with a Renaissance atmosphere. In a manner clearly suggestive of the Quattrocento, and Botticelli in particular, the work gives precedence to the decorative harmony of the whole and deliberately evokes a sense of nostalgia for the past.

Like The Bath of Venus, which also belongs to the Calouste Gulbenkian Collection, the composition derives from an illustration intended for The Hill of Venus, part of William Morris’s poem The Earthly Paradise, which was inspired by the medieval legend of Tannhäuser.