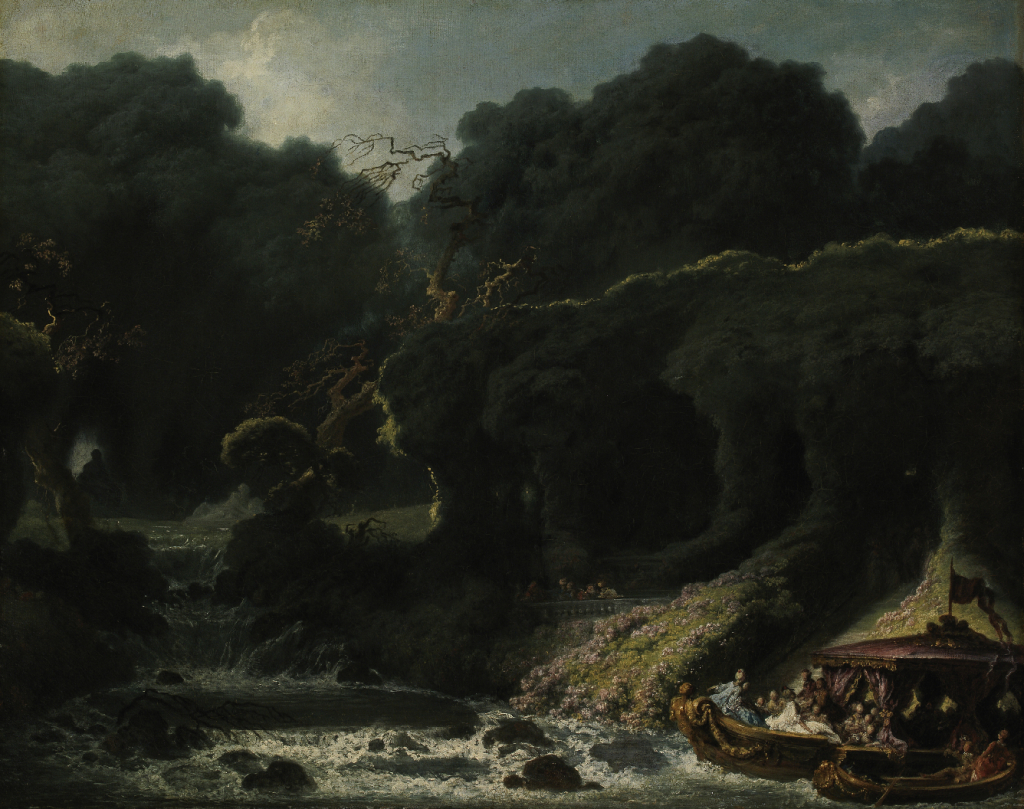 The Isle of Love

The true theme of this work has yet to be defined, although several hypotheses, unsupported by documentary sources, have been proposed. The scene might show one of the festivals organized by the Duke of Penthièvre during the royal family's frequent visits to Rambouillet Park. Or it might be a depiction of a festival held in Chantilly by the Prince of Condé in honour of the Hereditary Grand Duke of Russia. Finally, it might represent Cassan Park, the property of Bergeret de Grancourt, with whom the painter travelled him in Italy in 1773-1774. Today, the composition is essentially believed to be the work of the artist's imagination.

In an exuberant and theatrical setting permeated with a sense of the fantastic, the transfigured landscape appears as the true theme of this fascinating and mysterious work, relegating the elegant aristocrats at the party to a secondary role. The detail of the twisted tree on the left appears to have been borrowed from Chinese art while the stairway animated by small figures recalls a drawing by Gabriel de Saint-Aubin entitled The Cascade of Saint-Cloud (National Gallery of Scotland, Edinburgh). The painting, one of the artist's masterpieces, has rightly been described as ‘disturbing and enchanting’.