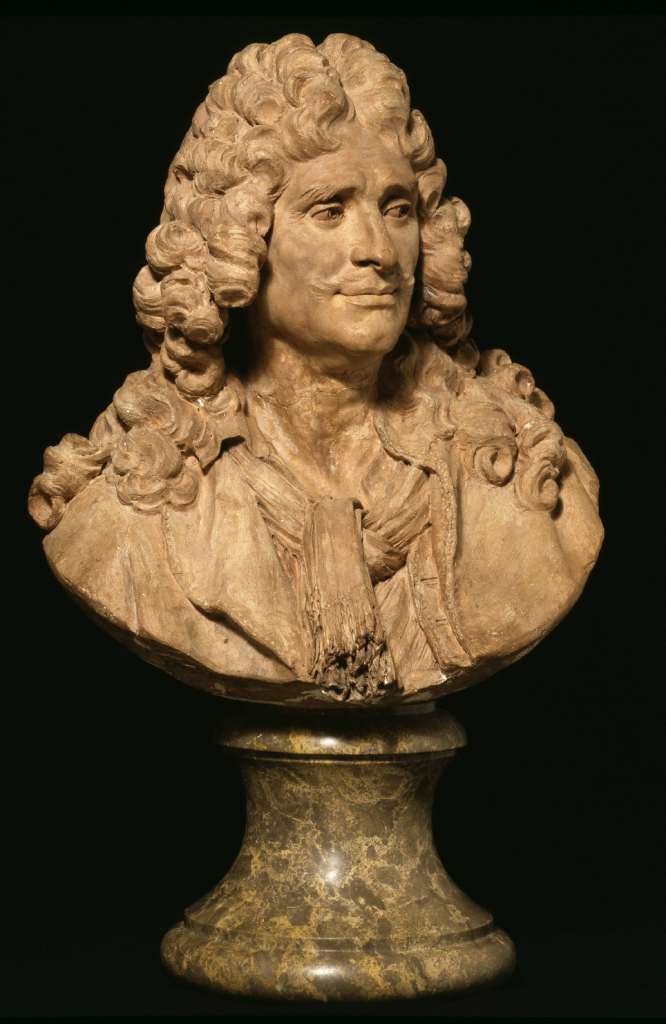 This is a replica of the head from the statue of Molière that Caffieri produced at the request of the Count of Angiviller, Louis XVI’s Director-General of Monuments. The statue itself was to be part of the collection of Great Men of France at the Muséum, a new institution that was designed to train young artists and delight observers.

Caffieri, the artist chosen to portray the great French playwright, worked exclusively for the French crown. He distinguished himself as a portrait artist who was capable of capturing the sitter’s features and producing an almost perfect resemblance. His greatest rival in portraiture was Jean-Antoine Houdon, the most highly rated eighteenth-century French portrait artist and perhaps the most celebrated sculptor of that age.

The outstanding feature of this magnificently modelled bust of Molière, depicted wearing casual clothes and a wig, is the vivacity in the subject’s eyes.