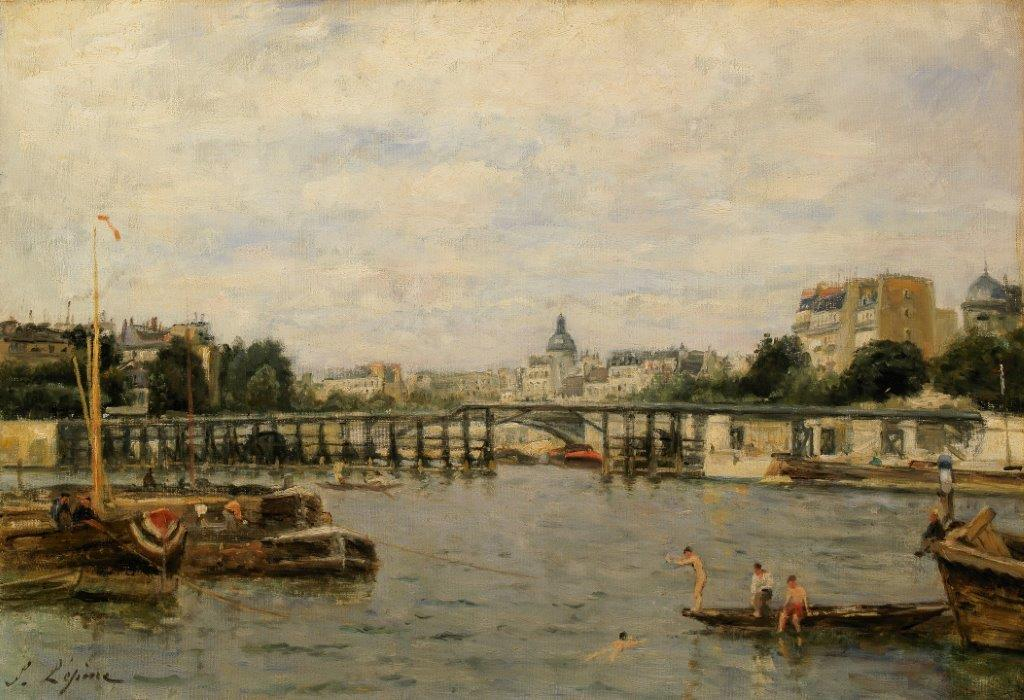 This city view depicts ‘L’Estacade’, a wooden structure located near the Pont de Sully, near the Quai Henri IV in Paris. Lépine painted more than ten pictures of the spot all of which have the same general atmosphere. The palisade, which disappeared in 1933, was designed to protect the boats moored in the river from drifting ice blocks in winter.

The contemporary style of the plastic language and treatment of the light show the influence of Impressionism, both in the nature of their rapid execution and the palette that characterises it, which is dominated by bright whites. Lépine − a conspicuously Parisian and Seine-based artist − was one of the painters invited to take part in the first Impressionist exhibition held at Nadar’s studio in 1874.

Calouste Gulbenkian, an enthusiast of the artist’s work, held on to seven of his paintings, one of which, Montmartre, the Rue Saint-Vicent, was the last painting he ever purchased, in 1953.