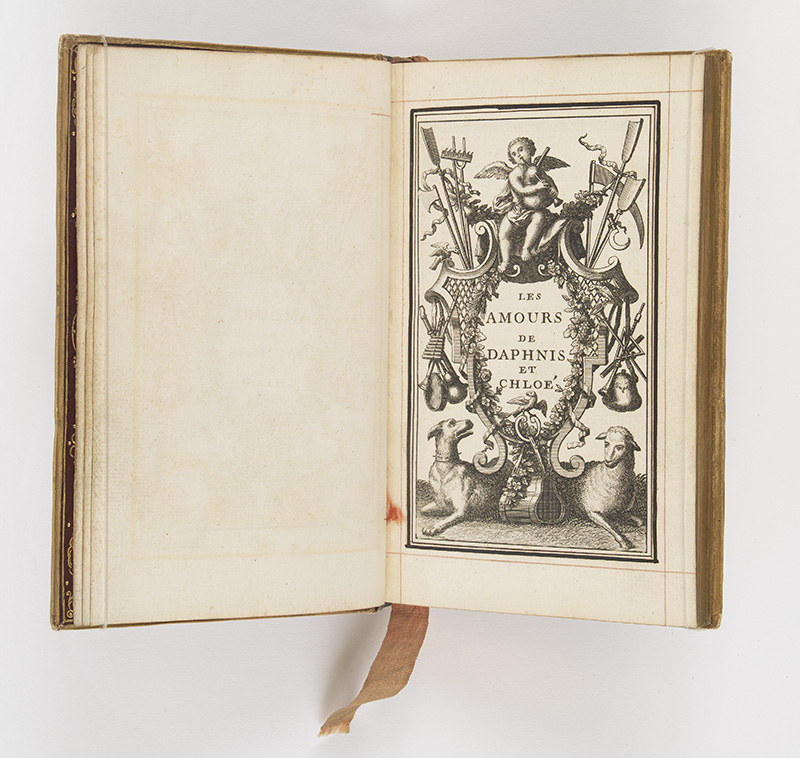 This novel attributed to the Greek writer Longus (3rd or 4th century AD) became popular in France after the translation by of Jacques Amyot’s, published in 1559.

The binding covering this edition was produced by one of the members of the Monnier family, probably Jean-Charles-Henri, who was bookbinder to the Duke of Orléans. This master created remarkable figurative decorations in an exotic ambience that revealed the influence of Chinese lacquers brought from the Far East.

Covered by lemon-yellow morocco, this binding is decorated by a composition that is printed in gold and inlaid with morocco cut-outs of different colours. The central compartment depicts a fight between two fantastic birds, one of which is on the ground while the other flies around above it. A cluster of palmettes and large inlaid and gilded leaves supports this scene, which takes place under a baldachin over which two other birds fly. The inside doublures in marron marocco, are decorated with a border of fillets, gilt stamps and à l’éventail motifs in the four corners. The initial flyleaves in gilded paper. Monnier signed this magnificent work four times.