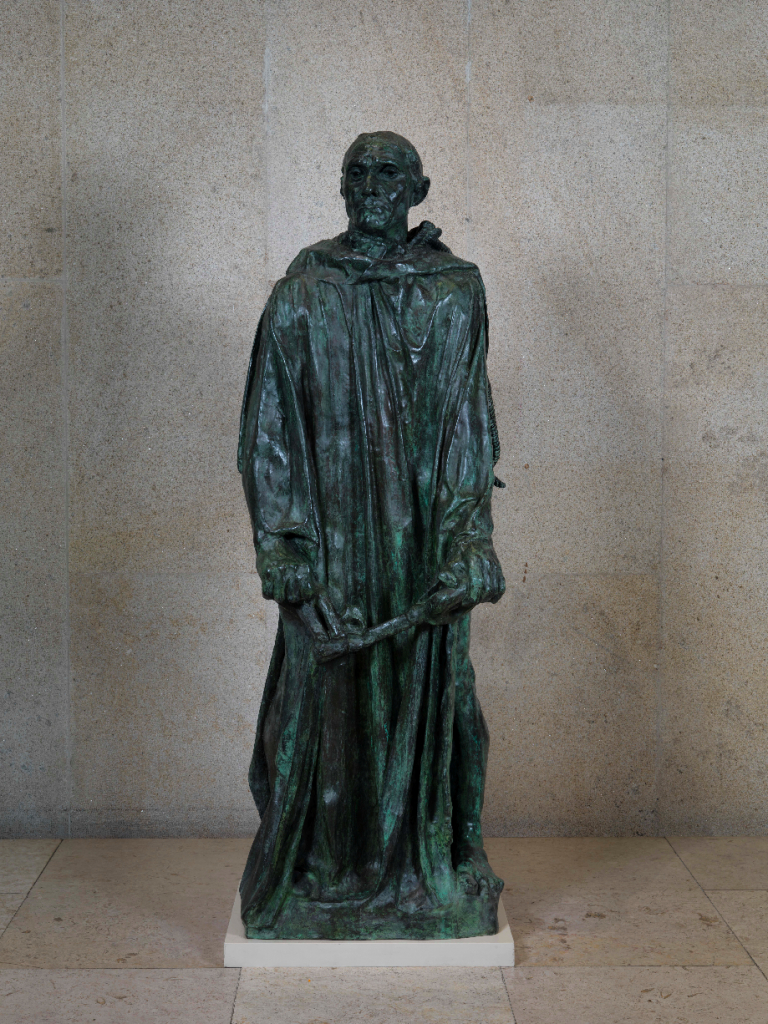 The Monument to the Burghers of Calais that took Rodin eleven years to complete evokes an episode that took place during the 100 Year’s War, as described by the chronicler, Froissart. The story tells of the patriotism and courage of six of the leading citizens of Calais, who voluntarily offered themselves up as hostages to Edward III of England, so he would raise the siege of the city and save the starving population. Rodin portrayed these martyrs at a crucial moment, when they were preparing to leave the market place on their way to execution. Each of these men have their own physical identity and psychological characteristics, which explain their different states of mind on facing martyrdom.

This example in bronze is the figure of Jean d’Aire, one of the six men. He carries the keys of the city in his strong hands. He is the most determined of them all, although his eyes betray his sadness. The monk’s robe he is wearing is a reflection of his strength of character. Besides being the most monumental figure in the group, Jean d’Aire is also the most popular and many replicas were made of him. August Rodin kept this piece in his possession until his death in 1917, when it was acquired by Calouste Gulbenkian.