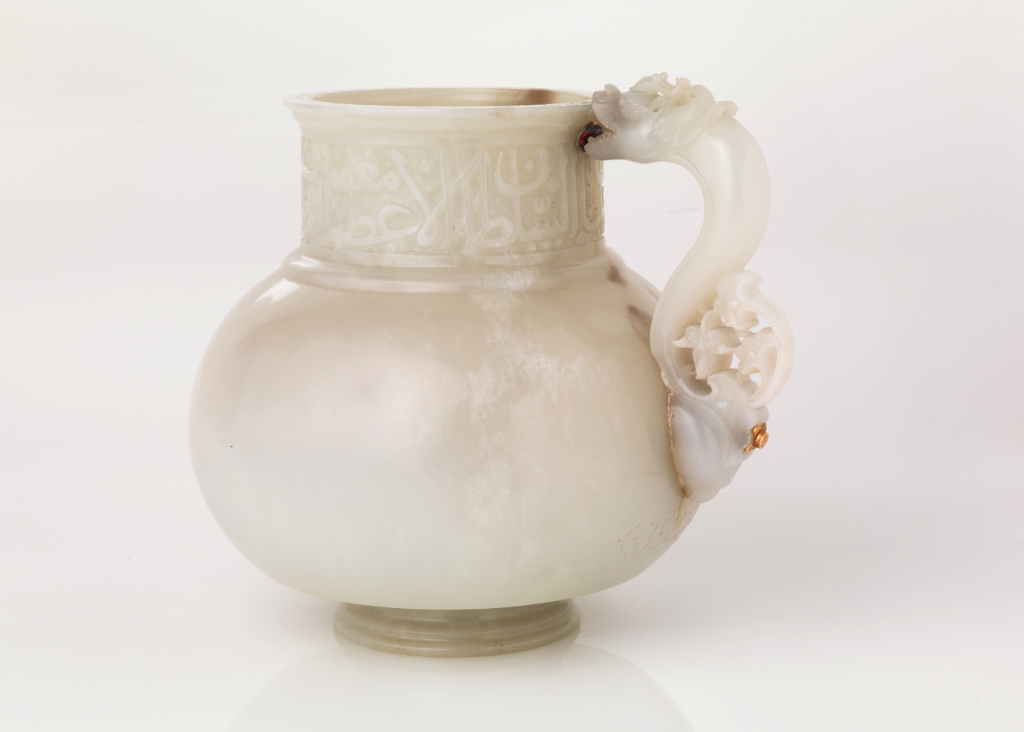 This jug, produced in Samarqand, is considered to be one of the most famous pieces of jade from the Timurid period (1378–1506), specifically from the time of Ulugh Beg, a great patron of the arts and sciences. The dragon on the handle was a recurrent motif in Timurid art and reveals the influence of Chinese art. The relief inscription on the neck records the name and titles of Ulugh Beg, the son of Shah Rukh and grandson of Timur (Tamerlane). Ulugh Beg was the governor of Turkestan, Transoxiana and Samarqand, the capital of the Central Asia province, as from 1409 and ruling prince from 1447 (when his father died) until 1449.

Jade, which was considered to be a noble stone with magical powers in both and Middle and Far East, came from the Kunlun mountains, west of Samarqand, now part of the Chinese province of Xianjiang.