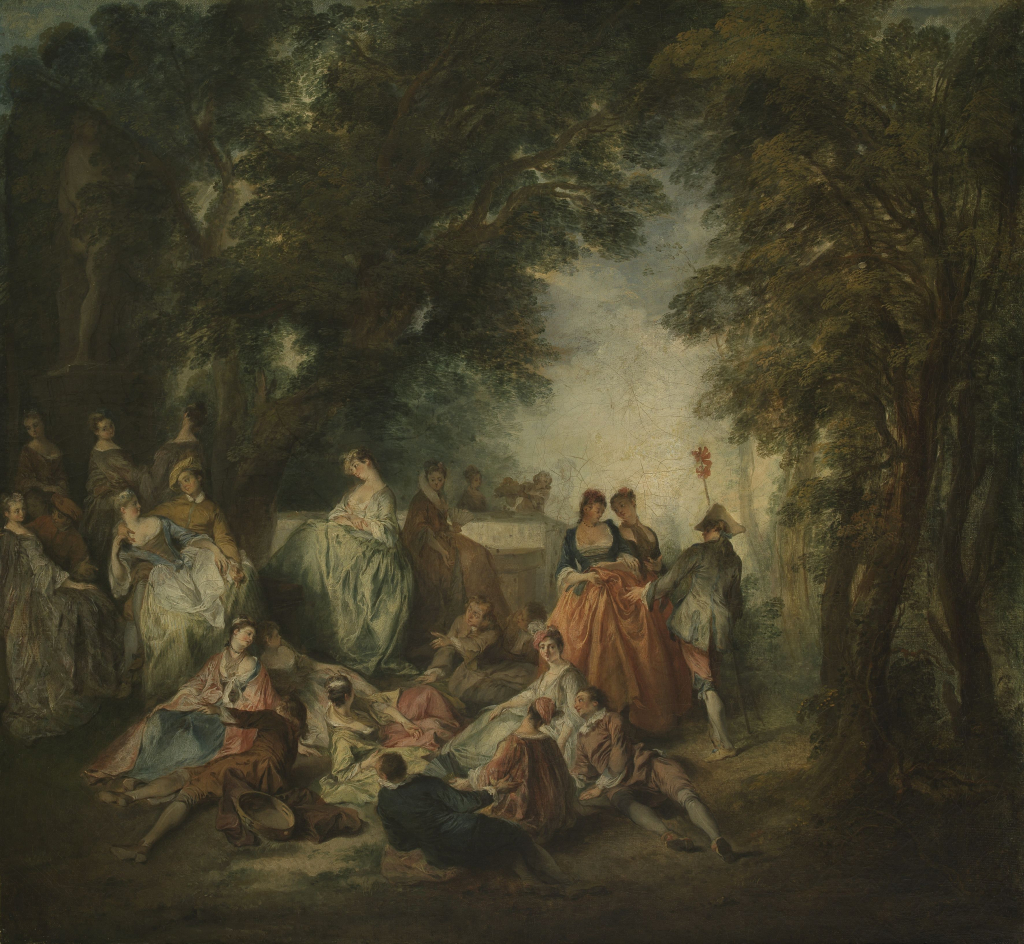 This painting was part of the Collection of Frederick the Great, King of Prussia (1740-1786), who was a great admirer of Lancret and had over twenty-six of his paintings.

Probably executed in the early 1730s, this work has stylistic similarities with Dance between the pavilion and the fountain (1732) and Dance before a tree (1730-35), both belonging to the Castle of Charlottenburg in Berlin.  A study for the reclining male figure on the left of the composition, from the mid-1720s, can be seen at the Ackland Art Museum, North Carolina.

Introduced into France by Claude Gillot (1673-1722), Fête Galante, a generic designation which is also used as the title of the work, consists of a type of representation of refined outdoor scenes depicting elegant-looking people in a pleasant mundane gathering. The figures are arranged scenographically in the space, a result of the influence of theatre on this type of representation.