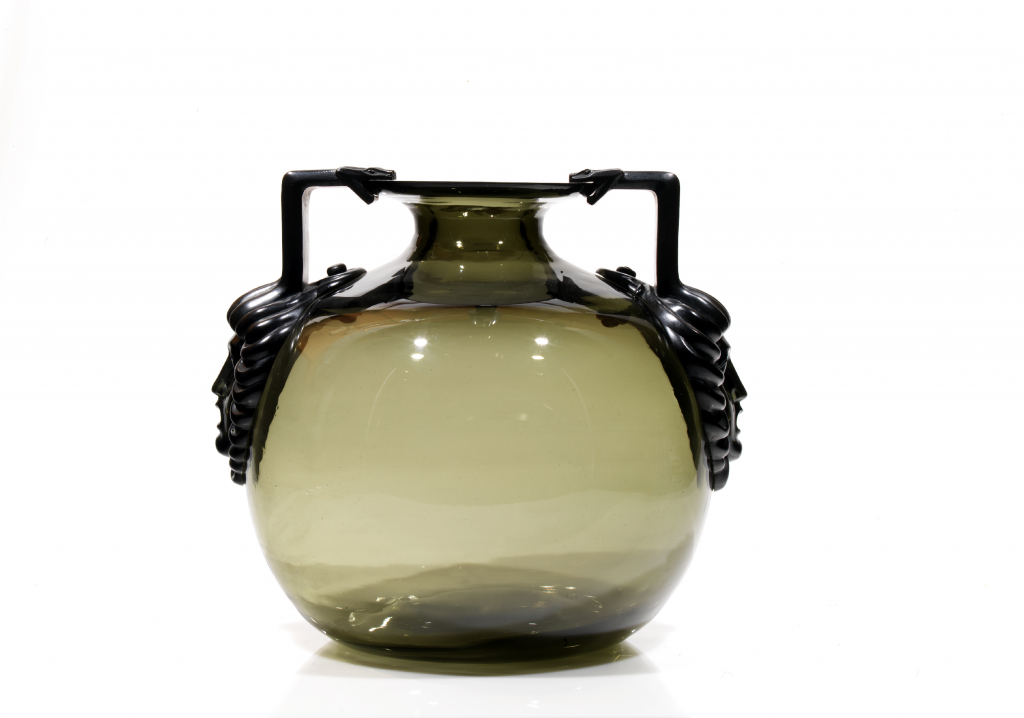 The collection of René Lalique’s glasswork brought together by Calouste Gulbenkian was purchased between 1911 and 1927, corresponding to the period in which the artist dedicated himself completely to glasswork. His passion for this material dated back to the time he spent in his studio on rue Thérèse, near the Paris Opera, where he moved in 1890 and began his first experiments with glass. However, Lalique reached his apogee and became truly established as a glass artist/manufacturer at the International Exhibition of Decorative Arts and Modern Industries, which opened in Paris in April 1925 and is also known for giving rise to the term Art Deco. This ‘Cluny’ vase, which is currently in storage, was created in 1925 in smoked, blown-moulded glass and was purchased by Gulbenkian the following year. Of great formal simplicity, it is decorated by only two masks, inspired by classical theatre, whose bronze hair extends in the form of snakes, which serve as handles. In this piece, Lalique united two techniques that characterise his glasswork: blown-moulded glass for the spherical body of the vase and moulded-pressed glass for the solid pieces (the masks), which in this case were hot-glued onto the smooth glass.

Acquired by Calouste Gulbenkian directly to the artist in 3th April 1926.