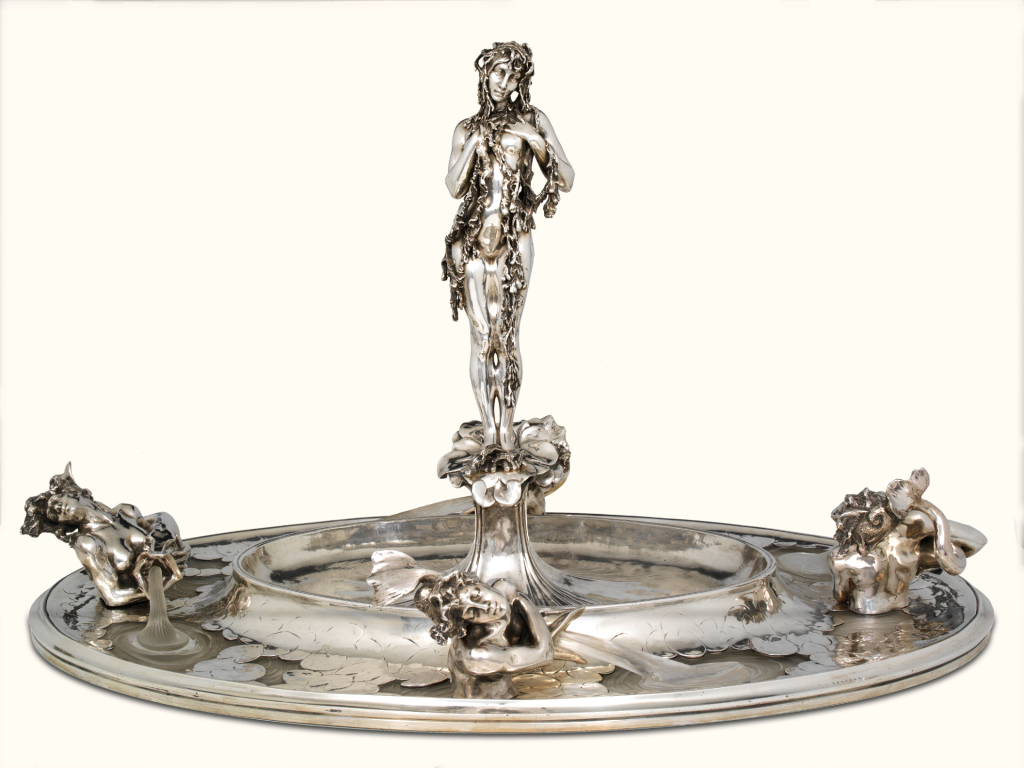 This piece depicts one of Lalique’s favourite themes, a female figure, appearing here amid aquatic flora and fauna. The perfect naked figure emerges from the centre of a lake, crowned by a water lily, enfolded by weeds that are even entwined with her hair. The torsos of other figures, half-human, half-fantasy, also in silver, appear from the lake holding other fish in their arms from the mouths of which pour jets of water, in glass.

This centrepiece is one of the most important examples of the versatility of an artist who not only imagined, designed and executed jewels of great originality and technical mastery, but also had total command of a wide variety of materials, in this case, silver and glass.

Representation of water and the aquatic environment in general are a constant in the work of the artist and are to be found in his landscape-jewels, fountains as well as in centrepieces like this one.

Acquired by Calouste Gulbenkian from René Lalique in 1905.