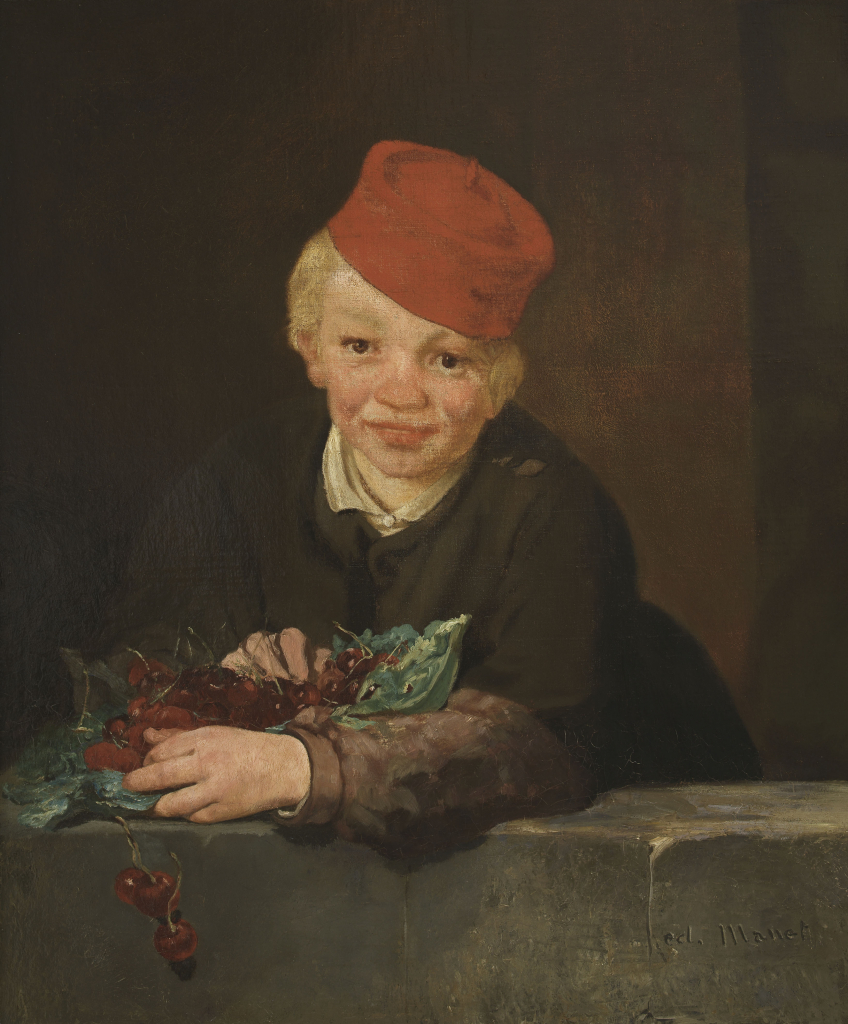 Behind the irreverent cheerfulness of the sitter, this portrait hides the tragedy of his fate. Alexandre, who washed Manet’s paintbrushes and occasionally posed for him, ended up committing suicide at the age of fifteen in the artist’s studio in rue Lavoisier. The episode also inspired Charles Baudelaire to write La Corde, a short story he dedicated to Manet, which was initially published in Le Figaro on February 7th, 1864 and later published in the compilation Le Spleen de Paris.

This early work, which was inspired by Caravaggio and 17th century Dutch genre painting, falls into the realistic tradition, with the stone parapet establishing the spatial definition of the composition. To the evident portrait, Manet associates another genre, a still life, while the cherries represent an allegory for the senses. Furthermore, there is an underlying concept of modernity in the representation of everyday life as the subject for the painting, a concept that follows the Baudelarian perspective of asserting contemporary reality. However, it seems likely that Manet repainted the boy’s hands, since they reveal the material and stylistic quality characteristic of his later works.

Eugène Manet; Sale of the heirs of the Manet estate, May 4th-5th, 1884, no. 23; Durand-Ruel; Maurice Leclanché Collection. Acquired by Calouste Gulbenkian through Bernheim Jeune, on 19th April 1910.