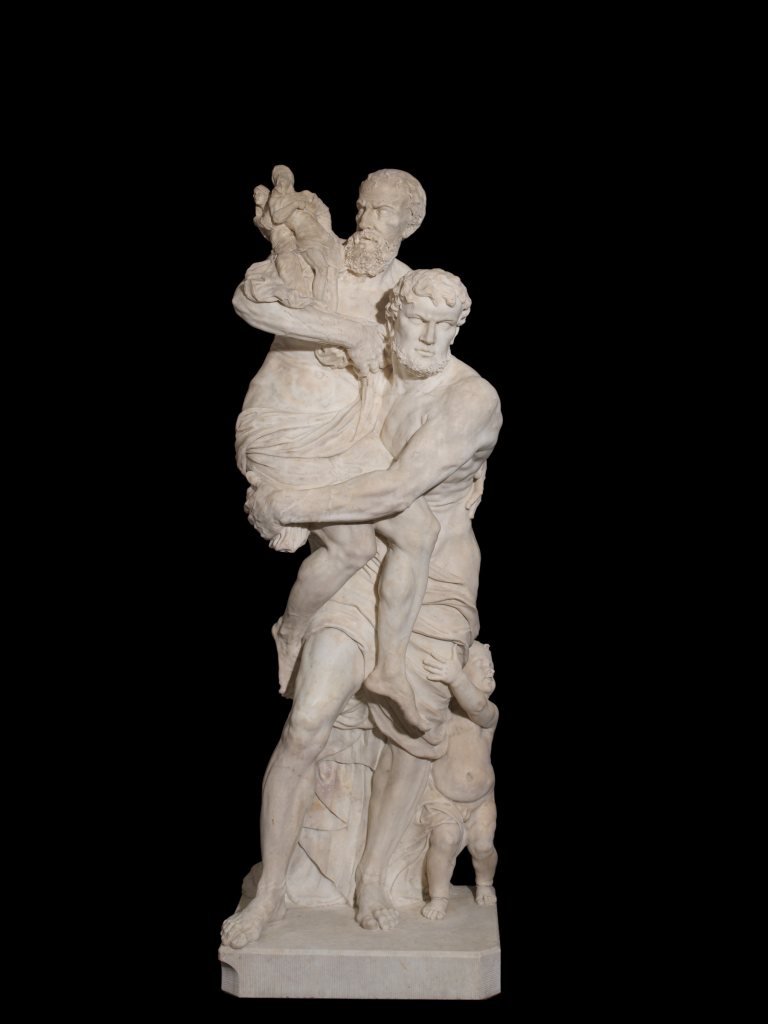 Aeneas Carrying His Father Anchises and the Penates, Followed by the Young Ascanius

This group is inspired by Virgil’s epic The Aeneid, whose hero, Aeneas, has to flee a burning Troy, carrying his elderly father Anchises on his back, followed by his son Ascanius, shown here as a young child. Aeneas was held up as a role model due to his exceptional commitment to his moral duty, whether before the Gods (the Penates carried by his father), or before other men, as represented by his own father, whom he refused to abandon. The group can also be seen as representing the three ages of Man: Aeneas represents the present, he who takes on the mission of changing the world; Anchises, his father, represents the past, functioning as a reference point; while his son Ascanius is the promise of an auspicious and cheerful future with all its inherent potential.

This monumental group, which stood at the entrance to the Calouste Gulbenkian residence on the Avenue d’Iena in Paris, was previously part of the collection of the Marquis of Foz, Tristão Guedes Correia de Queiroz, kept at the Castelo-Melhor Palace in Praça dos Restauradores, now known as Foz Palace.