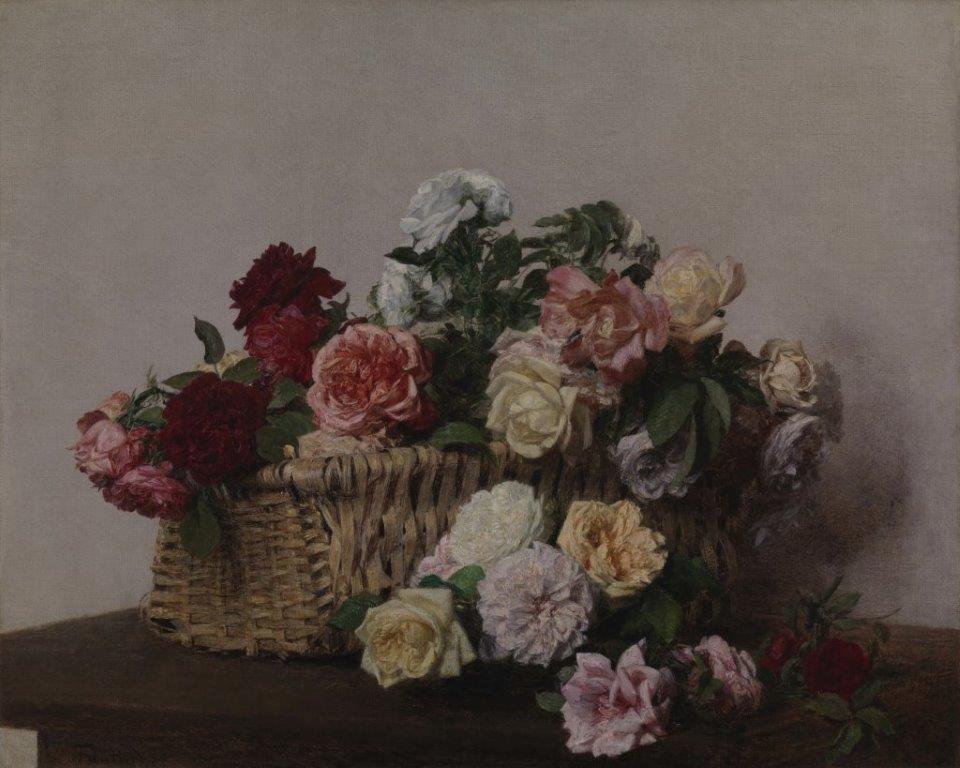 A Basket of Roses

In the 1860s, floral compositions became one of Henri Fantin-Latour’s most frequently painted subjects and would occupy an important place in his work until the end of his career. Representations of roses, in particular, appeared in a large number of his works and were shown from many different points of view, naturally in multiple arrangements.

The artist conceived this painting in a very simple way, allowing the basket of roses to occupy practically the entire surface of the composition. The monochrome background helps to accentuate the immediacy with which the flowers are presented, carefully arranged inside the basket to create a composition resembling Bouquet of Roses on a Marble Table (Sterling and Francine Clark Art Institute, Williamstown), 1885, and Bouquet of Flowers (Sir Alfred Beit Collection, Ireland), 1889. However, rather than creating a sense of monotony through the abundant repetition of the theme, Fantin-Latour grants each painting particular characteristics, which, in one way or another, he imbues with a specific quality.

Leonard Gow, Craigendoran. Acquired through Colnaghi at Christie’s in London on 9 May 1924 (lot 54).