How do bats hunt at night?

As it gets dark and night sets in, we sometimes see small fluttering shadows near street lights. It is bats that come out of their shelters at about this time to hunt insects, catching mosquitoes and butterflies attracted by artificial light.

So how do these mammals get around in the dark? Although many people think they are blind, “they can see as well as we do and in some situations they even tend to use vision instead of echolocation to hunt,” explains Ricardo Rocha, a researcher at Cambridge University.

Outside Europe, there is even “a specific group of bats, the flying foxes, that feed on fruit and nectar, have particularly large eyes and are very sharp-eyed, in some cases being able able to see ultraviolet light.”

Nevertheless, bats often use echolocation to guide themselves at night, using sound “to locate and identify a target, sending out sound pulses and receiving the echoes they reflect back,” he describes. This is how they know what’s in front of them, “including the size and shape of the insects and where they are going”.

In Portugal, bats produce echolocation sound pulses with their larynx although, in some countries, there are species that click their tongue. 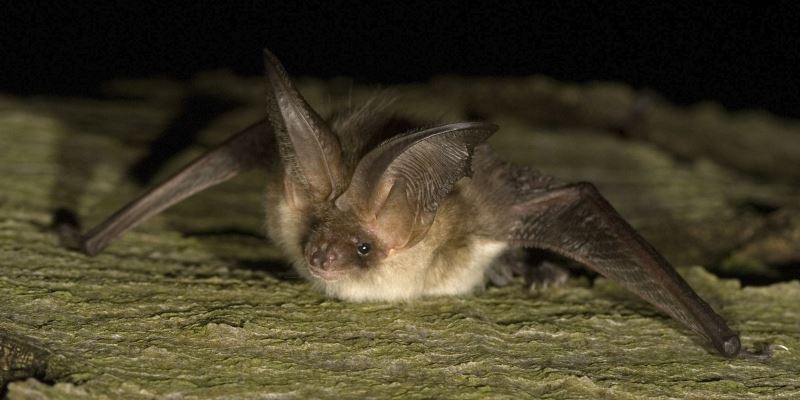 As they approach an object, bats emit their audible pulses in an especially fast sequence called the terminal buzz. “It is particularly important in hunting because when bats approach an insect, the increase in frequency of echolocation pulses (which in some species can increase to about 190 per second), increases the accuracy with which the trajectory of prey is calculated.”

On the other hand, each species tends to emit different echolocation pulses, with differences in the frequency at which they are emitted and in their form and duration. Scientists pick up these sounds using special devices, as they are often inaudible to humans, and then analyze the sonograms (graphical representation of a sound). Thus, “we can often identify the species, or at least get an idea of what kind of bat it is.”

But it’s not just bats that use echolocation. It “is used by dolphins, whales and even certain birds!”